YOU DON'T NEED A MAGIC CARPET

Is the rumour true that if I wish to speak to Chloe Kardashian, it is going to cost £9,000 a minute?  Do you remember the box by the telephone which said "If you want to keep the bill small keep the call small" I always felt guilty being on the telephone, there was a lot of tut tut's  in the house when I was growing up? Telephones were thought to be a little common, my Aunt thought they were so common that she walked to a telephone box and listened for her calls at 6pm every night like it was a dirty secret? Can you remember screaming down the telephone when it was a long distance call? It is just as silly today. Just because you understand a computer and Facebook, Snapchat and Instagram, you may not know how to bake a Victoria Sponge? Money does not come from the Cash Point, young people have no idea where it comes from."
Do you know the difference between a soul and the spirit? Are we a Holy Trinity of the mind body and spirit or do we put them all together and call it a soul, or do we separate them? Are we a serene soul if we study the Kabala and go to Yoga. If we are Soul searching are we looking for some kind of nebulous extremity, are we joined together by a thin silver umbilical chord. Is this a dog leash?  I have studied the Cliff Notes on almost everything, I can speak fluently on any subject for eleven and a half minutes before anyone says its plastic. I think in old age I shall sit under a bodhi tree and consider myself very lucky or would it be better to go to the Oxygen pod and pay thousands of pounds for fresh air. After which I have my ankles get swayed.  As I pay my bill, I realise I was getting my leg pulled. Yogi's have in my life had the most failings of anyone I know. Getting in touch with their soul, but never mine.
That empty feeling you have maybe because you have no feeling at all, you are empty. Lying on the Yogi Mat where you imagine yourself on a  magic carpet about to spirit yourself away to some holy majestic paid for superiority.  At the end of it, it is "Cash or Card" Finding your soul is not some kind of painkiller. It is within us all and leaves us when we die.
Toxic people are toxic to themselves, overly flattering and overly charming.  They usually include taking drugs and drink. The ligger is the person who is a drain on your finances, your energies. The one who has conflict all the time. The one who does not work on themselves.
Heavens though it is simple. We are our own painkiller. People search in a retreat somewhere. If we are going to look for an elusive cure,  we are not going to find it in some Yoga tarts studio or having a hot stone massage?  They can be a distraction, but you have to go back and live with yourself in your house where usually nothing is happening but worrying about the rent.The answer is that everything is within us to improve, develop, to be kind and happy. There are no magic tricks or spells. 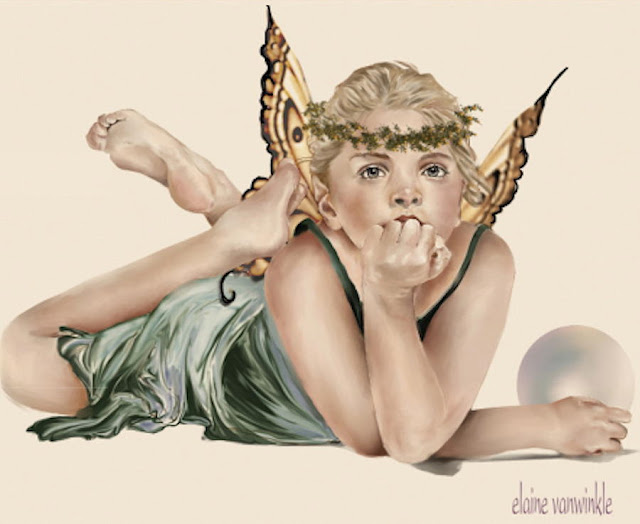 "BEAUTY AND THE BEAST"

I have loved film and glamour, always, it is in my blood and soul. My Grandfather, Sidney Gilliat, directed, wrote and produced his own and influenced me. He did not let me go to drama school as he said "You will be no more than a hooker if you act. I went finally at the age of 28 far too old to be an actress of any note. There is no way you would find me, however, take up an invitation to a man's room unless I liked them. I would have to be very naive which I am not. At seven that all ended.  I was in the village in Wiltshire and I was made to get eggs for my Mother, the farmer tied me up in a shed and the rest is history. I was too blonde, too lively. I decided to get fat. I knew I would be safe. At 20 just before my wedding I lost the weight, except my then husband only liked fat women so it lasted five minutes, but I started to live.  I was thought to be a ditzy blonde, I decided to play along with this, even last year when a friend stole money in Palm Springs from me I still played along. swamp.

I love men. To discourage men from flirting with women is dreary as it is one of life's greatest pleasures being admired and receiving billet-doux. I am certainly no feminist.
This year, however,  Hollywood has proved to everybody how disappointing some men and some women can be. You can, of course, be as high as a kite there on marijuana there but a man pinching your bottom is over. Harvey was killed off despite many women doing well under his care but of course being the overweight boy at school he could not resist trying his luck with every pretty young girl wanting to act. He is now persona non grata. The problem is youth and beauty are the commodities in Hollywood.

Women are as much to blame, some just don't help matters. When you want respect you should dress for it surely? Despite all of the women wearing black dresses in solidarity, one middle-aged woman wore an open cage dress, leaving nothing to the imagination, most had breasts popping out.  You would not find Merkel and May in bosom-baring dresses as they wish to be taken seriously in their equally male dominant political world. The answer is dress cleverly. You do not need to show all your wares to receive gravitas for your brilliant careers. Over 50 showing skin and cleavage just looks desperate, you can look attractive and pretty as someone who is young, but do cover up.

With awards for The Shape of Water,  a monster becomes ravishing and so does a very plain girl. A fairy story that tells you everything. Alexandre Desplat won the Golden Globe for what he considers to be his best work and my other favourite man Gary Oldman won his for the portrayal of Churchill. He was also seriously unattractive but through his many faults, Churchill is our national treasure.
There is a moral in this somewhere, the ugly can become beautiful and the beautiful ugly, so be careful, there is a saying "Beauty is as beauty does" and beauty is only skin deep.
As Churchill said, "We will fight them on the beaches, we'll fight them in the air". He was tipsy most days after 3pm, his famous saying to Lady Astor was when she accused him of being drunk "Madam, that may be true but I will be sober in the morning and you'll  still be ugly" Despite Churchill's serious  flaws, Dresden, Coventry, loss of our Empire, Hiroshima and Nagasaki, the English still hold him as our saviour in World War 11, it was his rhetoric, not his handsome face. 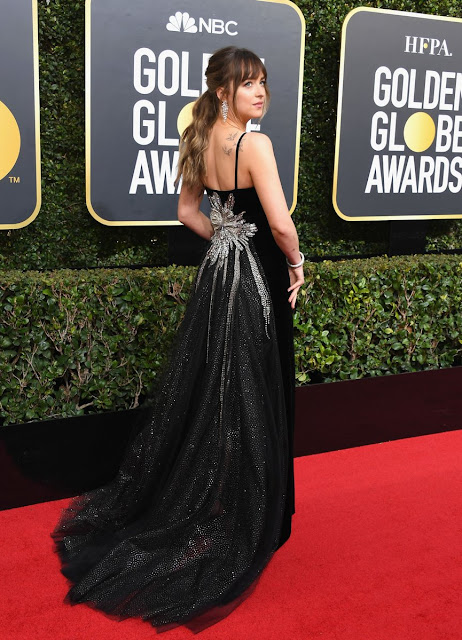 LET YOUR DREAMS UNFOLD INTO MIRACLES

What does anything mean when there are 100 million homeless people on the street wordwide? If one of my friends felt that they could not cope I hope they feel they could come and stay with me. Homelessness is an act of violence. it is the greatest abuse and as my friend Pablo Ganguli from Liberatum just said  "We choose to look the other way"?  There is enough food yet there are starving homeless people on the street?  Remember the person on the street has a heart beat and even if they are in a gang they need help, attention and love. As all conversations at this time of year are about food so we should just think for a second?
The Oscars are around the corner and The Globes this week end, really what does anything mean and who cares about the quality of film if we cannot help our fellow human beings?

For my New Year resolutions I shall exercise more by  doubling the steps each day. Practical and realistic, it will make me alive when I see my count at the end of each day on my iphone. Dancing once a week too makes me feel chirpy I think I will re start tango lessons.
It raises my heartbeat and my love of life.

I love to laugh everyday, so important real human interaction rather than just Facebook or counting your Istagram likes, I am interested in real connections. Less telephone conversations and more going to see my friends that care.  I had so much fun over Christmas going to Claridges, having tea with Stylist to the Stars, George Blodwell and then going to the Ritz, so much better than putting hearts and faning love on Facebook.  It was so much more elegant and glamorous, I even met Marilyn Monroe's famous look a like, Suzie Kennedy  and the brilliant costume designer of Michael Jackson,  Michael Bush. Staying at home is great but meeting new people invigorating.  It was  also exciting sitting with Trinny Woodall trying on her new range of magical makeup which seriously makes you feel and look good. I like to look like a Cartoon and she tried the natural look on me, it was great to up my game. Trinny does so much to make our mornings happier with her exhuberance. 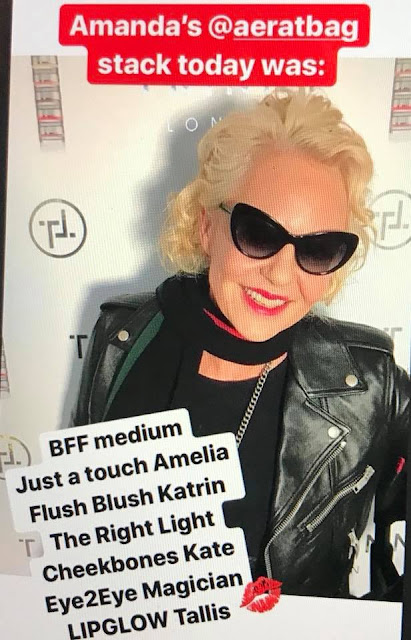 I shall listen and attend  more Ted talks when sorting problems out, they can be so helpful. There are so many people with brilliant brains that I can learn from. I like to expand my ideas and think about new ways to see life.  It is brilliant expansion. Listen to advice from friends that care about me. I shall still fight the good fight when I am upset but perhaps do it with more humour and forgiveness.
To not judge anybody and  mind my own business. Truly difficult as I love the human being. I want the best for everybody and for them to succeed. I love watching my pals perform, read their work, listen to their poetry, and visiting galleries gives me enormous pleasure and inspiration.

Kindness, empathy and politeness always works. I always try to help people with a good attitude and energy I am sure I can make anything happen. Real friends and a loving family are all you need at this time of year. With this in mind I shall write to Sadiq Kahn and suggest showers, rooms and loos to be on his agenda of improving homelessness in  London along with closing some of Central London including Chelsea so we can walk once more near the river without pollution. There is so much to preserve there.

Happy New Year and let your dreams unfold into miracles.
on January 05, 2018 No comments: