I am at the age when people are dying. I realized long ago that life is only important if you have sociability, family, love, community, it is never the accumilation of goodies and toys despite my love of shoes and black dresses. Everything nowadays in the West seems to be about the American dream where happiness is thought to be  purchases bought in shopping malls. Well, anybody with intelligence will know that is not true, but commerce seems essential to our health and vitality. It is not. Long ago I fell in love with Yoga for about 15 years it helped me understand the poverty of my spirit and expand my ideals. It was not about buying the latest jacket at Saint Laurent but of course love. It was  certainly not religion which was propaganda to keep the human quiet. It was holding hands, talking, sharing. I love sharing with people not only by social media which feals like post cards but connected to the care of all creatues on the planet and their welfare.
There is a problem with Democracy, as economics have to be involved. Poverty both financial and spirit,  is a necessity so we are  easily mind controlled. This has been going on for centuries, both Elizabeth 1st and Henry V111 used it.  Most people love to be politically correct and so are prime targets to be manipulated. I like to think, despite my blonde curls,  I question public behavior and  political policies and believe we should all have freedom of speech despite being bombarded with truth and lies.
As my friends and associates die I realise everytime I think of them they are alive, the brain is most powerful and can transport you anywhere you like. We are living in the era of the "Selfie" where we can create a bubble for ourselves with little real communication. So let's change that, embrace our friends and family. 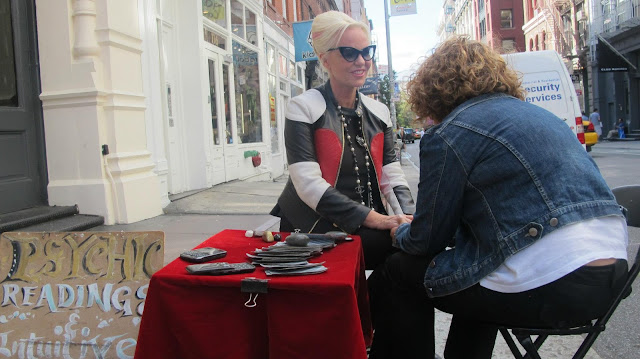 
Things you display in your rooms,  showcase you, you have to check how things look.
Nothing looks like it really does in real life. I am not sure about analysis it seems to make you cry a lot and only think about yourself and gives you memories of Mother's raincoat in the hall and how your favorite puppy got run over. The word Therapist becomes The Rapist. Some days nothing goes right. Today my Cocoa was spilt, Monopoly was not working and I hate my broker because he did not listen to feminine intuition. Three weeks ago I said to him nobody was going to drink Cocoa in August. The month is over, I lost my reason and rag. He didn't think it would collapse because Cadburys put a glass and a half of fresh milk in every bar.
Coz I lost my shares in this,  I don't suppose a man with tight black lycra will vault into my bedroom tonight leaving a box of milk tray. The last time a man crashed through my french windows they took my camera equipment and pearls. All this on the strength. of  After Eight chocolates, and frankly,  I don't love anyone enough to give them my last Rolo. If only it was Mick Jagger as everybody knows what he can do with a Mars bar, lies or not. Sadly, most of my men turned out to be flakes. I wanted the man with black magic and all I got was the finger of fudge. I see that Prince George had his first day at school and obviously they did not get the uniform from the gender neutral Peter Jones as otherwise, he could be wearing a skirt and blouse with a cardigan with giraffes on it. The world is in a transitional phase of transgressing transforming and transcribing. I am wondering what to do with myself in order to translate. I am good at doing things with my mouth. Anyway, I transgress.
I am very sad about the death of the wit  David Tang whose loos are famous in his Restaurant China Tang in the basement of  The Dorchester Hotel for speaking poetry as you pee.  "I wandered cloud"  as I try and navigate the seat. The man has sadly gone, but the paper and words lingers on.

Poor Lady Branson's house is now tooth picks, as yet again Sir Richard was in the basement clutching his ormolu whilst his house was lashed by the storm. No wonder money is spinning with Mr. Kim threatening to blow off the top of a mountain. I do want his haircut though on everybody else except for me, It only needs two sticks dynamite and a sense of humour.
It is a  special man to know the secrets of my black magic box!