It's okay to have the @ISIS flag hanging out of a window and not okay to have poor choice of words from the controversial Katy Hopkins, who loses her job... Goodness what is world coming to? Freedom of speech? Why is it okay for Muslims to say "Kill the police" in a video in Luton. Lunacy and poor England and especially Manchester at the moment. This of course is not all Muslims but a few ruin it for everybody else.. The sick attitude has to change. Simply kick out the Muslims that are radicalized? Why should they remain on our system for the tax payers to pay for? But of course there is no welfare system in the Middle East. If you behave like this you get hung drawn and quartered there. Why is "Sharia Law" which the Muslims so adhere to, not sorting this out? If they want to join ISIS stay in the Middle East there are plenty that would agree with them.
Why are we allowing people back when they have been fighting against us? It's not right or left wing it is common sense? It is not racist to not be wild about those that don't like us? Come on, stop political correctness and change the status quo. What will England be like in 20 years time? Fine we are multi cultural but the people have to like us to be here and abide by our standards and rules not theirs,surely. Why are the Mulla's not sorting this out and why anyway in 2017 are they not sifting the bloodthirsty Quran as we do the bloodier bits of the Bible and the Torah. These are outdated ways to live our lives surely we could be all much more intelligent than follow rhetoric written 1599 years ago?
on May 26, 2017 No comments:

SUCCESS IS A DIRTY WORD: I say "Take a walk on the wild side"

I am selling my house in Palm Springs and if you want to be given a continual headache have more than one house, have it in California when you actually live in London. American's love paperwork so beware,  try going home when you are no longer in love with the lifestyle and fake boho, you could have a nervous breakdown with Escrow.
I would rather buy art. So with this idea I decide to go to Venice for the week end to see the Damien Hirst show which opened a few weeks ago at the Palazzo Grassi and also pop into a few other Palazzo's to view this years Biennale. I will leave the countries in the Garden until next time.
The art world is prickly. I sat at a table and listened to people discussing whether Damien Hirst's exhibition was better than Paul McCarthy? Personally I would prefer any day a bronze of a broken Aphrodite and a huge very male statue of Pereus to a vomiting SnowWhite or a huge green Butt plug as a tree. Both artists joke and I love this, but Butt plugs are not for me. Damien always has humour mixed with extravagance, and this is an incredible show that is beautiful and like a Hollywood Blockbuster.  You will see humour and thought, comments about the myths, the Eygptian's,  Budda, green jade made to look fake, the art world, history and I loved it. I notice people prefer failure, anybody who is successful get's a flogging. "Success" is a dirty word. 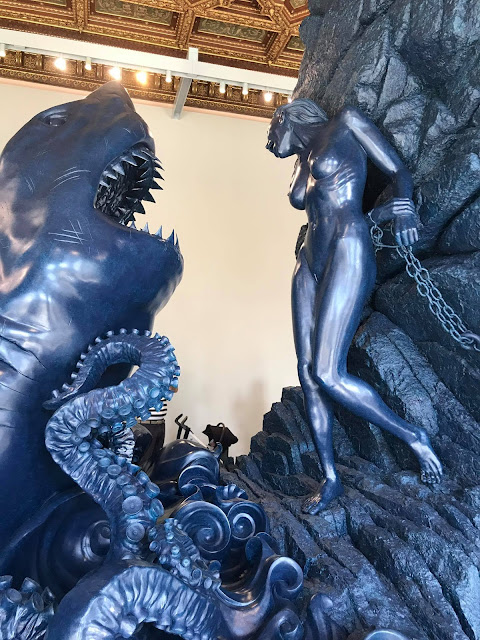 This is no more obvious than in politics. I am sorry I like people doing well and I hate crooked people.  I like honesty, the honesty of a Headmistress over a man who is really a Communist, who wants to embrace failure rather than success.  On another note,  I say for every refugee coming to the UK bring in a rich one too..Rich in mind, body and spirit. They can pay for the poor one.
For heavens sake don't be popular and well liked.
As for Trump the revolting way he has been treated and pushed about is disturbing.  I am not a fan of the hair or the orange face but the Russians and Fake News, to cover Pizzagate, Julian Assange leaks, Seth Rich, Vincent Foster,  Benghazi, the Podesta emails, Loretta Lynch, The Secret Service Prostitution Scandal, The Clinton Foundation, Haitians and so much more, is repellent and worrying.  "The Fake News" from huge organizations owned by the Illuminati, The Press and many Democrats is a terrible reflection on society and democracy,Trump himself get's the blame, his only stupidity is wanting to dream of making "America Great Again" The only other person to be like this was Kennedy who got shot. Keep safe President Trump you won the Democrats should get over it. Whatever side you are on the political world is so very sick, nothing has changed. SuperTramp sings an appropriate song. Alex Jones speaks about Trump.  Life goes on.  I say investigate everything Mr President, you will no doubt find the C's embroiled in all behind the scenes activities, be brave be calm. Why on earth fifty percent of America wanted Mrs Clinton heaven knows. It's not about left or right its about honesty and integrity. The position of the President has become very murky indeed. It is explained beautifully by the outrageous Roger Stone in "Get Me Roger Stone" On another note it is well known that anybody at anytime can listen to anybody's conversations whenever they choose with the right equipment. Famous or not everybody faces that risk. So what's the news?
The deplorable population need to stand up and speak up. They voted for that. I say "Drain the swamp" before its too late.
Now I am  off to the Beach Boys who will lift my spirits and remind me there is still hope for America, success and ethics. I may also listen tonight before falling asleep to Lou Reed's Take a walk on the wild side.. A brilliant song that now apparently is not so politically correct, actually thank goodness it never was.. sleep well.

Jeff Koons & Damien Hirst Side by Side Interview - The Best Documentary ...

A PENIS OR SOMETHING A LITTLE MORE SOLID?

As my birthday arrives,  I think my goodness, I had better work at being pure, perhaps go into religion?.  I received a birthday card saying "I think we need to get you a new hobby that doesn't involve penises" It is thought provoking and I was thinking, in a more delicate way, just the same thing.  I have thought about boys since seven years old so it could be tricky to change? Sex and the aging body is a combination  I dislike, I am a perfectionist.  I would rather make love in a candle lit room and not face harsh light of reality. The walk of shame this morning, despite being fun, has somehow lost its allure but at least I have a sense of humour as I crept out of my lovers house with just a pair of high healed shoes and my make up case at 7am. I wish now at this grand age that I had qualified as a Judge, a politician or a theatre director.  look in the mirror and see my fourteen year old self and often see the old wise woman.
Politicians have no qualifications ypee.
I talk about sex in secret nowadays, one of my best friends said to me "Nobody makes love after being with somebody for ten years. The conversation between friends is about the necessity of Magnesium and Vitamin D, Botox and an Eye lift, or whether to arrange a second facelift. I am constantly bathing to avoid the old age smell, using a product called "Mirai" to eradicate everything I dislike especially Nonenal the smell of old age. 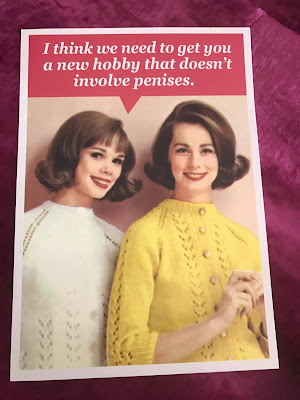 My friends relationships look solid enough but when anybody leaves their husband after 55 they looked at with pity followed by whispers  "perhaps they need to 'see' somebody"  I am still living the divorcee life of a 45 year old with all its complications. Despite having two sons,  I seem to accumulate at least one more daughter a year. The girl behind me says"That is not true you only have me" I say well I have Lish and Lara and she turns and says"They are your cousins"
I am surrounded with youth and it is fabulous. I am lucky.
Am I too old for Fashion?  Never, I will always wear a mini skirt and red lipstick, I will always diet and I promise you one thing you never see a shabby year of the rat. Despite criticism I do not care.

The older generation seem to have slipped away from society hiding their flabby arms. I am now happiest on a cruise or at the Mayr Clinic. I am not quite ready for  'The Sunny Vale' as a friend addresses old peoples homes, but I do like an institution. They are truly addictive.
on May 10, 2017 No comments:

The Holy Land which I consider to be Israel,  was more interesting than I imagined. The Muslims in Jerusalem who were selling  crosses to Christian tourists made me think, why are there wars?  Then there were very religious Italians singing and praying whilst carrying the cross, The Israeli Police wearing enough makeup to look like the girls behind the make up counter in Harrods were thought provoking.  The only violence I saw was a stone thrown at a car and the UN Peace corps outside The garden of Gethsemane which was a beautifully looked after Olive Grove with colorful flowers. I had not imagined Israel to look like Tuscany, I thought there would be endless lines of barbed wire and I had not pictured the beauty of Galilee and the broken huge synagogue at Capurnaum. The air perfect,  or the serenity of  The mount of Olives which houses the dead. Wherever I looked I was moved by history.
I walked the steps to paradise to try and feel what Jesus could have felt, I placed candles to remember my family and friends that have left the earth. I felt chills up my spine continually,  feeling the souls who had been there in ancient times. I dipped myself in the Holy Water at Galilee. Nothing feels as it once felt.  I had been so stubborn about visiting Israel, not agreeing with its existence. Now I understand that Israel belongs to all of us whatever religion.  Jesus had rock star popularity, rock star appeal.
I see this as I get baptized in the sea of Galilee. I buy little trinkets of water and sand. Reminders of this man are everywhere. He did exist. He was indeed Jesus Christ superstar. 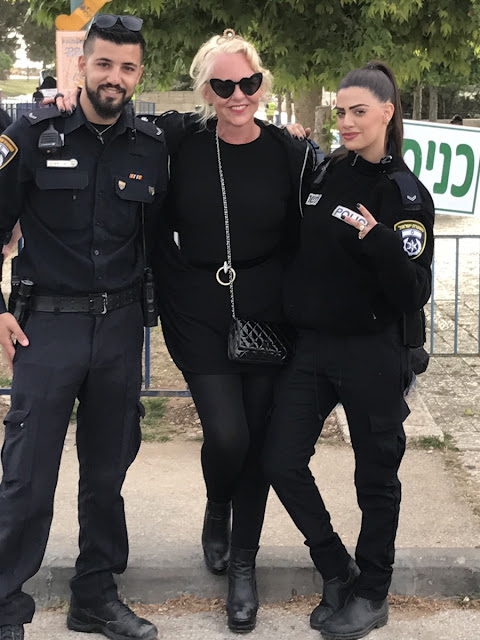