WHAT DOES THE FASHIONABLE FLUID TRANSMUTING HUMAN WEAR?

Fashion is confused, contrary amusing and clashing rather like life at the moment. It reflects our madness. The colours and conflicting textures, the slim fit long skirts with glittery gym shoes, boy do I want to buy all that glitters. Just make sure that to be truly fashionable nothing matches and nothing is in what I would consider good taste, mismatch, you will be the belle of the ball.  Now "transmuters" are extending their wardrobes everything is acceptable, the human is morphing.  You know it is the end of the world, the extravagance but take the plunge anyway and be daring. Confuse the older generation make them think. Is this a woman, a man, a woman, transgender, intersex, imitation, an alien, a merman, nonbinary gender?  If you are not questioning everything that you thought you understood, I admit I am completely confused. The world's ethics are changing to match our sense of style. Be daring. Things like Intersex, which used to be hidden under the carpet are now considered more and more, just make sure you examine everything. I have to admit I am struggling. I like to be up to date but this is all too much and too fast. I was lectured by a 20-year-old girl last week that sex/gender was fluid when I questioned her,  I became even dizzier with the answers, I even asked what sex I was?.  Clothes are reflecting this. You may not be a bigot because you don't understand,  you just may not understand because we live in pure ignorance. The human is changing we don't know what it may evolve into yet?. I realize I led a sheltered life. So for me now in my wardrobe, Chanel is been replaced by chokers by Gucci. I am still wearing mini's but slowly glitter is being worn. I am in love. with my Barbie pink bomber jacket from Gucci which I practically sleep in. I also love seeing men wear satin/silk kimonos during the day, I can't make up my mind whether they look stylish or unemployed.  This morning I dyed my hair space ship silver that is what it said on the bottle, then thought "blondes have more fun", and dyed it back again. I have traveled so much in the last month, from Greece to Cyprus, To Italy to Austria, visiting the Ischia Global Film Festival, to Greece where I tried for a couple of days to be bohemian.  So now I will settle down for a month to reflect all.
Nothing is sacred anymore, no privacy, babies are born on Instagram and the youth flaunt their wares, it's a long time ago that press and social media were out of fashion. In the future, we won't age but I wish I could have been frozen in time when the sell by date was a bit fresher.

I AM A WASHING MACHINE OF THOUGHT.

Every day in the early morning I worry about my weight. Like in the poignant, winning film about Anorexia, "Close to the Bone" with Lily Collins, I measure my wrists with my fingers, my bosoms, and my legs, both in the mirror and one of my dresses called the "weighing machine" dress. However, I do not consider that I have an eating disorder rather I think I am vain.
At the same time believe it or not I weigh up the benefits of left and right wing governments, the pro's and cons that dominate most conversations at the moment, whether to be Conservative or Labour, Republican and Democrat alike, each have created large divides in our society. The real problem is the Left wingers, in my opinion,  they want to dominate the moral high ground leaving no views of a conservative important nature to be discussed. There are important differences which people should try and understand.  At the same time, I wish to find some amphetamine which is I believe illegal to get skinny and so the VivaMayr in Althausee has to do.
At the back of my mind I always remember love stories, and as I get older I think of everything simultaneously. At dinners and lunches my brain splits, half in the room and half not. I am able to day dream very easily and so my mind wanders off to wonderful love stories I have had in lifts, planes, trains, and boats.
I always wish to be appreciated, like everybody else. I want people to be egalitarian but know this is virtually impossible.  I realize that I always wanted an exciting life, and dull was not for me. Dull is, however, safer and as I get older I realize that I took a risk in wanting to live life my own way.
I always like to be brought up to date, with flowing ideas on gender and the importance to be free to choose what sex we want to be I am still confused by the knowledge a man cannot have children, therefore on a practical level, there will always be two sexes, despite the many differences between our species and ideas, however with make up and a smile you can be anything.
All of these ideas on holiday are like a washing machine going round and round.
I am now in love with the Unicorn she is hi jacking my thoughts, am I one? THE UNICORN A girl that you cannot catch. She is perfect and truly a blessing from God. Bumping into her is a good day. A conversation with her makes you dream. Anything beyond that is luck. It takes time, effort, and a whole lot of persistence. Never give up; unicorns are said to be "uncatchable," but nothing is impossible.
Yes, that seems to fit the bill nicely. 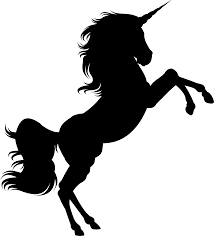 Email ThisBlogThis!Share to TwitterShare to FacebookShare to Pinterest
Labels: left and right wing, Love stories., Sex, Unicorn, What and who are we?

Physical upkeep is non stop. Just as you think you can rest a new machine comes out to rejuvenate and make you into a miraculous specimen of humanity. Today I went to organise a neon sign for my good old friend Dr. Jean Louis Sebagh.  I was immediately instead put on the table to try out the machine from Europe which is an alibaba of ideas to firm the skin, keeping you as vital as possible. It felt like a thousand tiny pricks and left me a little pink. It hurt slightly when leaving the doctors office but three hours later my skin is slightly more plump and definitely more healthy looking. A girlfriend came in to my room and told me about a new mask that Madonna was using too. So much beauty and so little time.
If keeping young is hard work so is travel nowadays, at the beginning of the year shoes and clothes were stolen out of my suitcase at Terminal 5, now this week end BA again has another theft a necklace saying "Fuck You" was stolen by the designer Plein. What is the matter with security?. It is truly boring. I was going to give it to Tracey Emin for her birthday present instead I gave a case of Rose from The Chateau I was staying in called Chateau Beaulieu.  We were celebrating the retrospective at Chateau La Coste of Tracey's work, truth be told those friends that were there were her loyal tribe, we all love her, her paintings and new wonderful bronze sculptures.
This incredible contemporary Chateau is owned by the hotelier  Patrick Mckillen, which at its entrance has the huge spider by Louise Bourgeois, looking magnificent, it is not only an artistic feast but a cullinary feast too. Contemporary architecture has enhanced a small chateau making it one of the the most vital places in the South of France along with its fantastic exciting collection.

Last week I supported my good friend Sir Tim Rice and his brilliantly energetic newish musical about Blondel who was a wandering minstral who saved King Richard in Austria during the Crusades. So entertaining and witty I would suggest anybody who likes theatre should visit The Union Theatre to see it. It was more entertaining in some respects than anything else I have seen on stage recently despite loving the play about Queen Anne, which was exceptional too from the RSC. Lots of music and bawdy movement in the Haymarket depicting the betrayal and deceit of two friends.

A day later I went to the Serpentine Gallery Summer Party which definitely for better or for worse has a new guest list. Flash and brash buyers were out in force and of course the flamboyant and talented ceramicist, whose work I totally love.
Grayson Perry never lets you down and definitely set the scene at the party. Tracey's week end retrospective in France was decidely up market and almost aristocratic in comparison, two huge bodies of Tracey in bronze stole the show. The art world is changing and the Young British Artists, once rough and unshaven, vulger and course, have now become the aristocrats, grown up and mature. 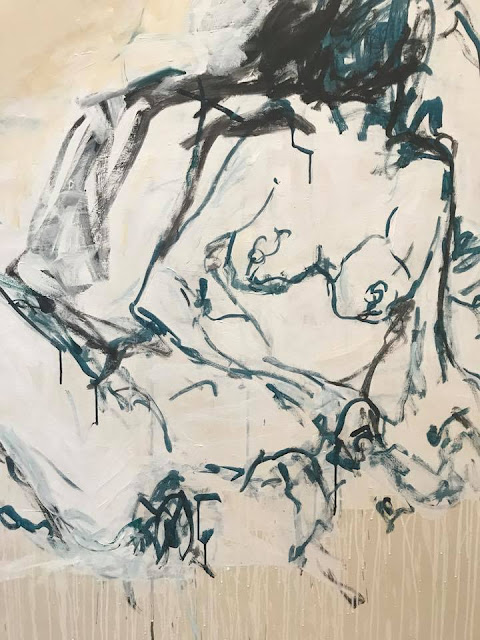 IS THE TOOTH FAIRY MORE REAL THAN GOD.

Sometimes I feel God is about as real as the Tooth Fairy and Father Christmas. Where and what is he? I believe in the Prophets and their tangible tales rather that a mystic God. I believe in Karma.
The more I see of people the more I want to wake them up.
If the people who complain about the rich ran a profitable company they may understand that it is not easy to create new ideas and jobs, that it takes a different type of talent. It is not magic it is generally hard graft. I truly believe there should be a safety net for society but that it should not be an absolute for the idle and those on the take. Like those who are rich and don't pay tax, those that are earning money but not paying tax should be reported too. So many people within the UK are working with cash under the table, come on you know who you are and you should contribute, after all,  you are using our country.  Taxi drivers, hairdressers, beauticians, the nail girl all are paid in cash?  On passports from the European Union, they ponce off our system of open borders, when asked if they pay tax, generally the girl looks down. This is not racism, Zenobia, this is just fact. Cash is tricky to follow and to keep. We all know that.  It allows for freedom, but not the contributions necessary to feed our country and keep it up to date. Incentives would be a good idea in helping encouraging people's honesty. Let's get over the rubbish, there is plenty of cash around anyway,  and it is just a question of how the money is spent.
The Grenfell Tower Block was a scandal, and should not be sickly used by political parties for one -upmanship.  Everybody would have helped, they would have if allowed. Political correctness and council cuts, shoddy workmanship and badly built buildings were to blame, however, it does not bring those that died back to life. I would have called over tannoys for help. Given out cups of tea and run the whole thing a lot more efficiently, but that is what I am good at.