Fight for justice Free Julian Assange, Stop the apathy stand up for freedom of speech ,My father Anthony Cave Brown was a Foreign Correspondent for the Daily Mail, nowadays he would be put in prison for what he reported. We want honesty and integrity with journalism . If Vivienne Westwood, Daniel Lismore, Roger Waters @BorisJohnson @PritiPatel. I am a TORY who worked tirelessly for Boris to be in power. Free @JulianAssamge this is an injustice for revealing the truth. FREE HIM uphold FREEDOM of Speech. This is corruption. Many journalists should all stand up too. Publishing the truth he is crucified? This is a Kangaroo Court we need to rely on the law. We are the land of The Magna Carta.
https://www.bloomberg.com/opinion/articles/2019-04-17/is-julian-assange-a-journalist-it-depends-what-year-you-ask
on February 23, 2020 No comments:

A NIGHT WITH SUE WONG 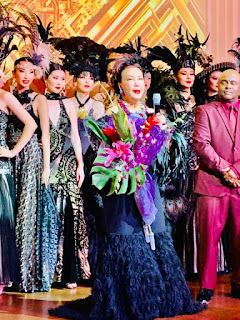 An Oscar night to remember had every element congratulations Sue Wong, While The Oscars were going on,  Monks  from the Shaolin Temple were flying through the air . Ravishing Models from Sue Wong's gala goddesses with cascading  Headpieces and her designer dresses, were walking the cat walk. In a town full of A listers Sue Wong creates her own A list, giving her own awards simultaneously to the Oscars. 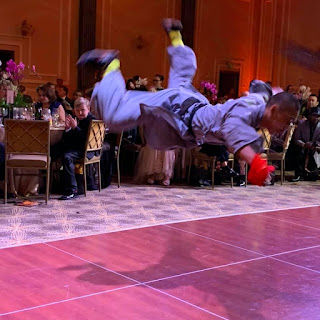 There are all sorts of people in Hollywood that are difficult to miss and are so talented it’s an incredible matrix. Musicians played as well as any band on the planet. Icon Winner of the night was Nigel Daley who said  “It’s out of a Fellini movie”
If you go to Los Angeles for the Oscars, try everything this was one of the best most visually exciting parties I’ve been to . 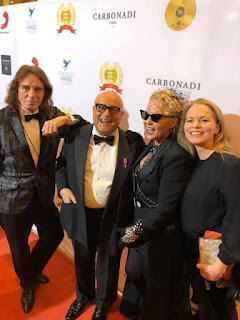 I’m so thrilled that Renée Zellweger won best actress for Judy and Joachim won best actor of the Joker . I’m not so keen on the music prize which I felt should go to  Mike Leander 's music for Gary Glitter.  The film would not be the same without it . I am more than thrilled for Elton John and David Furnish, The Rocket man rocks, what a great night .
In the world of fruit and nuts in Los Angeles, Sue Wong is a visionary with intelligence and sparkle. 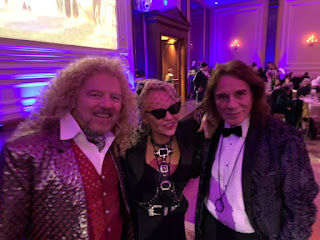 IF WE NEED OUR ACTORS TO BE POLITICAL LETS GIVE THEM A SCRIPT.

Why are the BAFTA's  so full of male nominations. Simply the voters can only vote for the films available during the previous year in cinemas. What female this year made a film better than 1917, The Joker, Jo Jo Rabbit? The women directors could have been balancing Motherhood with making a film. It takes women much longer because of this? Most female directors make only one film in their lifetime.

It would have been a good idea if the actresses wore sustainable dresses/old  was mostly ignored but Gucci did manage to make one out of scraps. I very luckily had my favourite Jean Paul Gaultier evening coat dress I adore in my cupboard, and wore that. In fact I believe you should only buy one good dress instead of sixty.  My favourite dress was by Dries Van Noten on Florence Pugh.
The food at the BAFTA's, was vegan and sustainable and utterly disgusting, I hate turnips? Or whatever it was on the plate.  I was in the epicentre of Woke and Oliver Cromwell was much more interesting.

Brad Pitt made a joke about calling his BAFTA, Harry. Of course,  he was worried about his carbon footprint and did not turn up to collect his award for Best Actor, teasing Great Britain for being single. 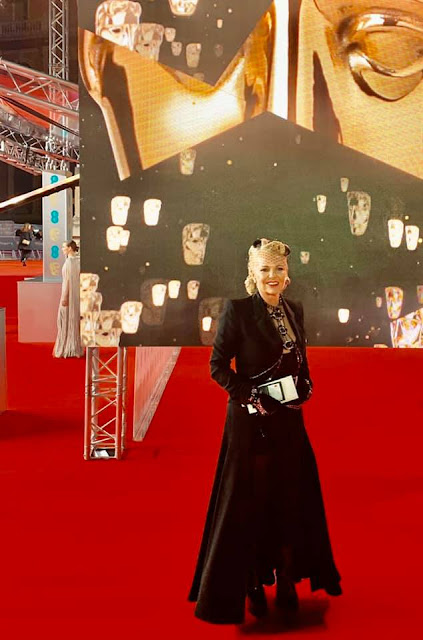 There was the joke about Royal Albert replaced by Royal Andrew. My point about Prince Andrew, is this, if 15 year old went to bed with Mick Jagger and a 13 year old with Bill Wyman, why are we making such a big deal over Prince Andrew with a 17 year old girl who he claims he did not  know? In England the age of consent is 16 and many girls have flung themselves at Randy Andy in the past. In any case he was single at the time and allegedly she was paid a fortune. Prince Andrew is not the only person who gets taken in by the offer of a freebie. As for him knowing Mr Epstein, of course he did and of course he did not.  These girls allegedly knew what they were doing. Prince Andrew allegedly made a bad decision. It does not mean that he is right but it does not mean that they are right too.
If a very rich man offered any of you,out there a free trip on his plane, and a holiday most of you would accept, so its total hypocrisy.

A few films could have got more of a mention as they were British, where was Rocket man? It is good to be nominated, but.

My last point is about the scores for films and really the winner of The Joker should have been Mike Leander who wrote the song for Gary Glitter. Not Hildur Guonadottir, who took the credit.
There was Alexandre Desplat  who was nominated for Little Women and my lovely friend Nainita Desai for Sama, a film about the Syrian uprising. Luckily a few good women were included. Also, Scarlett Johansson was excellent in Jo Jo Rabbit but she did not turn that into a win.
I think the Grammys are more real. The world of rock n roll is not so disingenuous. Billie Ellish has real contemporary fashion sense, much more edge and less patronising. If we want our actors to be political let's give them a script!