LOCKED UP not LOCK DOWN AN INTERNATIONAL CONSPIRACY to TEST CONTROL.

"Amanda Eliasch, is a force of nature.

She helped to create and build the multi-Billion pound Eliasch Head Empire.

Her council and advice is sought by Heads of State and International Media Moguls alike.

A private conversation with Eliasch is among the most valued when trouble needs shooting for Eliasch is both a creator and a monitor of the pulse of Britain and the USA and Western Culture.

Through application of her laser like intellect and force of will the Eliasch Empire now straddles the world.

A sworn loyalist and patriot to the global sovereign impulse Eliasch draws on the spirit of Albion to uphold worldwide Freedoms.

"Why are we British allowing the following? Why are we walking about like zombies not concentrating?

"Lockdown" or what I like to call it "Lockup"  7 billion people happily locked themselves upnround the world for spurious reasons. The virus exists but our Government listened to Imperial College whose reputation has been clouded due to the financial gifts from Mr Gates.  We all know the saying 'where there is smoke there is fire'.

Eleven weeks have passed and Amazon is sending me parcels regularly. Amazon, why have the British not got their own Amazon?  The Royal Mail can't do the job? Why has Mr Bezos taken over the world?  Why are we relying on this American company, who we are told does not pay tax in the UK,  deliver our sugary drinks and dried products, camera equipment and batteries? The only people benefiting from the "lock-up" appears to be big Pharma and big Industry, Bill Gates and Jeff Bezos organised by the Deep State. A handful of Democratic American billionaires who want obviously to rule the world are holding us ransom. Look at what they have made in Lock up.


Why has Bill Gates supported The BBC, Oxford University, Imperial College, The Guardian, with millions of pounds. Why is Mr Gates  'supposedly' involved with the production of the virus through Antony Fauci and the Wuhan Laboratory that he supported? If they want to cull the human population why are they not just giving us a quick pill and finito? Why has Bill Gates already spoken about Pandemics on countless occasions?

Why do we have to import NHS uniforms and lifesaving equipment from China when we could make them at home in the UK? Why are we not using Hydroxychloroquine and Zinc? There are many more un answered questions.

The Chinese effectively sent us deadly SARS2/COVID19 which could contain AIDS? Why are we not relying on our own manufacturing?  The Chinese infected the whole world with the supposed virus supported from Bill Gates who is keen to vaccinate us and chip us. If this is true the implications are hideous and must be investigated. Why is Boris Johnson and Matt Hancock so impressed by Gates, has their head been turned by these Democrats cash from America? They are so rude to Donald Trump yet these financial American wizards are trying to ruin our lives.

Why is 5G not properly tested? It breaks down our immune systems and surveys us? 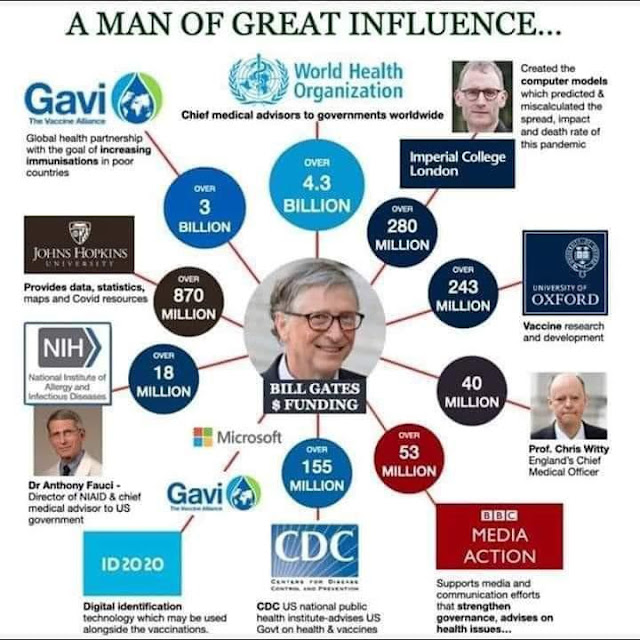 Why are we not brave like Italy suing the people that caused this devastation?

I supported Boris Johnson and he must have the guts to stand up to them and not follow the destruction engineered. He must not follow Sir Mark Sidwell and the Deep State who supposedly ruined the career of Theresa May. Boris has to be brave. Since he has had the virus he is off colour, not the fighting spirit we are used to. He better get of his comfortable throne and stand up and fight for BREXIT and a whole lot more"

WE ARE LOSING OUR FREEDOM

Where is our resolve and courage? Clearly we are not the British from the 1950's. We have become cowards. We need to move on. We need to keep jobs and industry alive or people will have nothing left. To vaccinate ourselves is not the way forward, especially as Corona Viruses change all the time. COVID19/20 will change too as they all do. They can be fatal too. There is no guarantee that they will work.

We need to be brave and wear masks and go out. We certainly do not want to be chipped. We need to question the advice from Imperial College who are tainted with Bill Gates cash as is The Guardian, The World Health Organisation and The BBC. Shame on all those that have accepted monies from this Billionaire.

We are losing our Freedom to think. 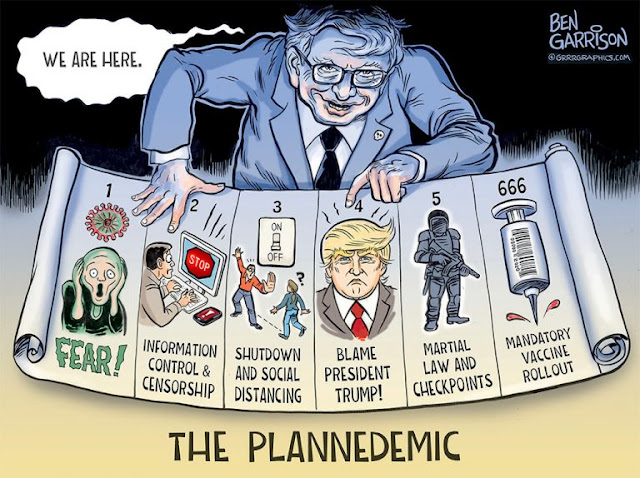 We need some light relief let's talk about Grandmother's and their pearls of wisdom?
Mine said
"Have a bath, clean your teeth, brush your hair, put on your makeup, put on your best dress, put a smile on it and try to put people in a good mood, don't leave them feeling terrible, and do everything in your life you wish to do., Walk, ride and play the piano. Don't be like your Mother. Your Mother has terrible hands!" she whispered naughtily. She said this shortly after I caught her walking in the garden with no clothes on aged 70 with three of her girlfriends, Isobel Salmon and Beryl Neame. You won't know them but they were huge characters.  I had to hide behind the honeysuckle bush. My Grandmother died 6 months later. Beryl Gilliat 1910-1981 Pianist known to me as Squirrel.
on May 02, 2020 No comments:

KEEP WELL AND CARRY ON. WEEK 7

We are half way through lockdown and my son today says he likes it. My friends ring and most are cheerful except for a girlfriend who is missing having sexy rendezvous.  Me too but I have become very inventive with my round light and an app that makes me, with a bit of imagination, look twenty years younger.
The deep state seem to be up to their old tricks and between Operation Paperclip, MK Ultra and  they think the rest of the world is asleep. This Virus is still spreading and in lots of ways it is shocking that we accept 29,000 people dying in 7 weeks in the UK albeit mostly people were unwell and unfit.
I have walked every day and seen Greenwich to Tower Bridge, Regents Park to Chelsea , Fournier Street to London Bridge and now  Kew to Chelsea.
I have cooked, gardened and cleaned. My son teases me and says he loves seeing me slave. I have written poetry and taken photographs of empty streets.
I end up talking about my recipes instead of my sex life.
In the evenings I switch between listening to John Mappin, Netflix and chasing my love of conspiracy theories which are more often the truth than a lie. The CIA discredited anybody that doubted their actions. I love debating. There is plenty of time to do that. 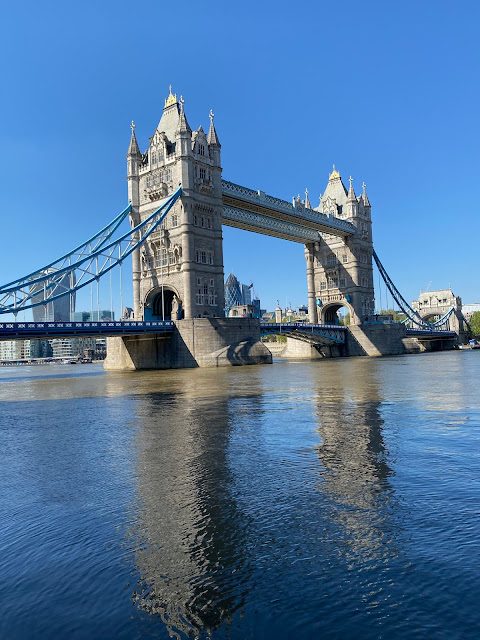 As for Vaccines I do not want to be chipped and checked. I have had my test which was negative and that caused a lot of jealous enquiries on Facebook. How and why? Well I wanted to know. I don't like multi millionaires near anything, I have known a few and I certainly would not trust Bill and Melinda Gates or any billionaire. This is not personal it is just that with 90 billion there will be no real empathy. People of colour need to take plenty of Vitamin C, D, A and Zinc later on.

5G is causing a stir and I wish for an individual investigation before we strap ourselves up to the mast with a lifetime of adverts and surveillance not to forget the damage all this radiation does. I always think if plugs can stop bats and rats then imagine what 3G, 4G and 5G can do?

My view is they have the cure Hydroxychloroquine  and they have a test for COVID19.  Carry on and keep well. Oops wear a mask. Also what medicine did they give Boris Johnson?

Good news Boris is well again and he and Carry had a baby boy. Wonder what medicine the Doctors gave him that they did not give other patients?

Keep well and carry on! 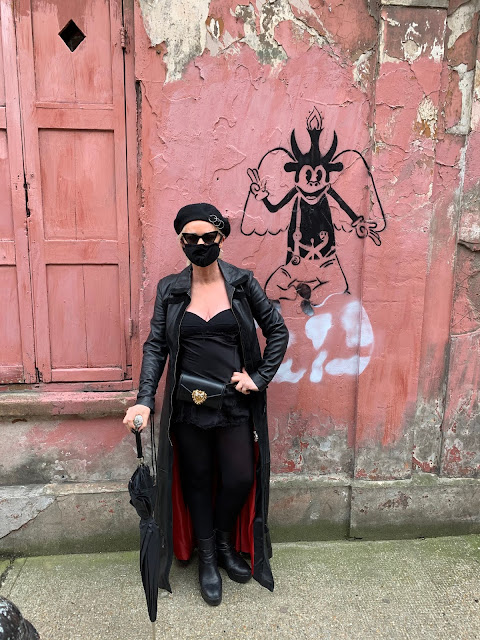