The most dangerous place to be for a child is in the womb of it's mother.

The American Election is nearly as amusing and thought provoking as Brexit, just as aggressive. There are so many consipiracy theories flying around among the people on social media trying to pin on me yet again that I am xenophobic. The very sniff of it and it makes me chuckle. I am definitely not. As the mainstream media fails to deliver anthing real  and only propaganda we now seek the underground media where you can pick through and find out the truth yourself.
Hillary has for me has personally too much baggage eg the emails, Whitewater, Vincent and the supposed drug deals between the Bush's and the Clintons. The mind control slave. Then there is Trump who has to be admired for paying for his election with the vulgarity of the USA and the presence of Putin he is in line to get elected as President. A man of stamina yet he loves to be outrageous.
A friend was firing at me on all cylinders  yesterday, this time on Facebook, we were arguing about the figures of abortions, and the anti Trump stance on them.  I decided to check them out. He asked whether I approved of Trump's stand on abortion? I only knew Hillary's supposed standing which I found terrifying. She was a fan of a nurse called Margaret Sanger, a woman who fought for the freedom of woman to have a choice about sex, children and marriage. Yet under Margaret's care, there is controversy surrounding the act and it was felt too many black Americans had abortions and still do so today. A brave woman at a time when it was not legal or understandable when God and church were against the acts of both sex out of marriage, pregnancy,  and the aborted unwanted child.
Starting to check more thoroughly I realised a genocide has occurred and is occurring. Unspoken yet nowadays totally available. 40 to 50 million children each year are aborted worldwide, 130 million actually are born.
The cost for the woman at appropriate charities is in the region of £400-700. I realised there is a huge problem. Why is the pill not working? Why are people not taking it?  Why is it freely available? To avoid having to have an abortion which is emotional, heart-rending at the best of times for most women seems intelligent, Parenthood a charity gives supposed excellent help in America and the NHS in England. Is Trump right when he says there are too many, is Hillary correct when she believes in freedom of choice. Of course, they are both right. No mother wishes to bring a child into the world that they cannot afford or have emotional support for, however, this never stops the terrible pain that a woman goes through when she has one, the emotional drama does not just evaporate, therefore protection must be a necessity? Of course, there are incidents of rape, war, or accidents or of the contraception not working or being available.
A thought to remember the most dangerous place for a baby is in the womb of a black mother, more dangerous than AIDS or any other disease? It cannot be so, but it is. the racist and outspoken
Margaret Sanger gave a lecture once with the Klu Klux Klan, although not attached it, on pregnancy and children, the right to have or to have not, she was quoted as saying that the black man was like "weeds" Hillary has received a donation from the KKK, Robert C Byrd on the Senate was part of the organisation which is shocking, and as I said openly supported Margaret's works, who was keen on birth control and eugenics. Luckily the KKK did not succeed in their annihilation it is sadly true that the number of children born to a black woman is roughly the same as the numbers aborted.
So who to believe Trump or Hillary?  Time will tell but on a more humanitarian ideal should we not think about what is happening in the World around us? I believe so, words won't hurt me, and actions to protect the unborn should be considered, or at least discussed openly? Is it murder and is the world overpopulated and the family unit broken? Of course in part yes so
surely we have to think and prevent pregnancy and be responsible if the most dangerous place for the unborn is in the womb of its Mother, more dangerous than Aids?

PRIDE OF ENGLAND, Boris Johnson is a Biblical prophecy.

Just under three weeks on, we have a new Primeminister Theresa May and it is the most exciting political moment.  When you consider the emotional time we have all gone through. Half our friendships are broken. Terrible things were said as we were threatened, we were bulldozed yet, we still voted out.

We were accused of xenophobia and bigotery, blackmailed and treated with contempt. We heard telephone calls that we were revolting and that we needed a bags over our heads. Our children! We should not have voted, we were old, we should be dead.
The rest of Europe supposedly hating us, well they will miss our nine billion pounds.
Generally, we do not respond well to threats, scare stories and the end of the world. We have National Pride. We love England, Wales, Ireland and Northern Ireland, Southern too. Let's make this work. Most of all they linked all Brexiters together and together we have had a quiet revolution against the smugness and complacency of the rest, the ultimate failling of the EU Federal State, their fascism. Good luck Theresa May, brave woman. Good luck to the Cabinet. Congratulations. 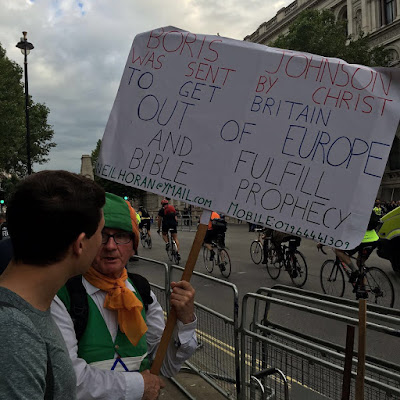 Last night I went to Number 10 and stood outside with the rather small crowd of Brexiters to the cries of "Theresa May don't delay" "Brexit means Exit". There was one comical figure of a man from Ireland who said that Boris Johnson was a Biblical prophecy, and a straggling lot of hecklers who thought that the election was illegal.

Now is our chance to sort this democracy out, to make our country with all its wonderful colourful eccentric population,  great again with a new more appropriate dramatic cabinet to create a bright new future. 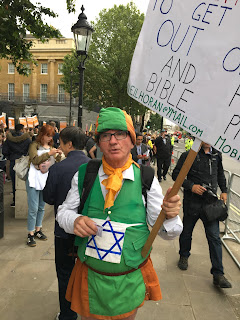 PENII BACK IN THEIR POCKETS PLEASE, TIME FOR WOMEN

As a social media queen there has been little time to write a blog or think about anything other than the election that took place on the 23rd June. The most exciting race I have ever seen with both sides Brexit and Remain managing to create havoc. The Remains behaved so badly to everybody accusing the other side of having too many old people voting, too many people turning up to vote and the appalling screaming of a child when they lose a tennis match, throwing down their rackets and saying it isn't fair. An election is an election, people vote and the one that wins gets into office. Simple really? Was it really correct they had brochures printed and pencils stamped with REMAIN, when the Brexiters had none. Despite their bullying, 17.5 million people happily voted out against their 16.5.
Then on top of this David Cameron immediately threw in his flag and said he wasn't staying as Primeminister followed by Boris who was plainly stitched up and treated appallingly by his so called good friends. He was possibly the only reason why some people voted out of the EU Federal State, not realising the real politics were actually about the lack of voting power.  Nigel Farage, stepped down too who is only seen in a bad light, yet he has given time to British Politics, clearly getting the votes for his outrageous rhetoric.   The stubbiness, in face of failure, with a dedication of putting Blair behind bars, seems to keep Jeremy Corbyn hobbling along with dead weights on his feet, and most people within the Labour movement against him. Then Michael Gove, the accidental email, a wife writing for The Daily Mail. Wow.

People utilising social media to attack others was regrettable.  Putting aside, democracy as so many do, an unamed Baroness whilst in her ivory tower suggested a paper bag over my head, because my hat by Stephen Jones was out of date and my ideas different from hers. This was instantly killed by one of my male fans who jumped at my defence and said "I have drawn a bag with eyes on it expecially for you so they know which way you are facing you are so ugly"  Another editor from a paper told the Baroness that she was in no position to speak and told to return to her palace. I do believe she had one with drawn crown jewels.
This was just my in box.
The word Xenophobia spun round for anyone who did not agree with the Remain's jumped up claim to overthrow any Brexiter, despite the fact we, the Brexiter, had just gone out and voted. By accusing one of having different thinking is xenophobic in itself.
Petitions came through the post, crys of Nando's, gossip that the NHS belonged to the EU and would now be lost, and worst of all there would be no free trips to Europe in the future.
The shameful treatment by Mr Juncker and Mrs Merkel,  towards us, when you consider we give them approximately 9 billion a year for a tiny return, whilst our manufacturing is nil and our fisherman starve from the lack of work. In the meantime the union coud have altered the voting to make it democratic and offered to help the North of England with Industry instead of sending it to Holland and Dresden.

It is time for women now, it is time because the men have fucked it up. Thank goodness for Theresa May and Andrea Leadsom, who on opposite sides, offer us calm and the quiet intelligence of headmistresses, whilst the men put their penii back in their pockets.
on July 06, 2016 No comments:

Brexit - Tony Benn on Why Britain Should Leave the E.U.