JUST DO IT. BBC, Cultural Marxism, freedom of speech and Boris.

As a child I liked the BBC, I would watch all their programmes. Nowadays I find their well meaning but slanted views repetitive, they believe in the Nation State and a Federal Europe. They are biased yet all of us are obliged to pay for our license when they do not represent the majority of English people. Europe, they believe protects our well being and creates economic growth. There are many who are sceptical of the EU yet they believe those that those who disapprove have something mentally wrong with them.
Conservative academics are rare and are out numbered at Universities. The BBC are incapable of seeing other peoples point of view.  Sadly the progressive left are  Cultural Marxists. There are too few people fighting against it. It is looked down upon  to be proud of your country and be patriotic. We are clearly not living in a Democracy at the moment.
In turn political correctness has gone bonkers and there is no freedom of speech. It is a challenging time in the UK.
The Police and Media are frighted to be called racist and so no go zones have become the norm in Europe and the UK. We have surrendered to the pressure of this and we have stepped back and are frighted of becoming labelled. It is impeding our Justice system and what we find acceptable. We have no voice and we cannot go to the police, there is no power and the law has been undermined.  There are many who do not agree with us, but we
The English have always been tolerant.  For me we will be fine when we leave the EU, we will do better under a domestic government and under Boris we will  leave the EU and stand by the people who voted for this and won an election. The longer this goes the worse it is going to be. Just do it. Otherwise welcome Nigel Farage into Number 10. 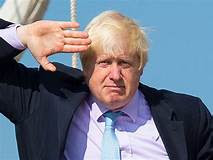 Tell them "Jack referred you"

So I am asking you
My loyal readership
(And kind souls?)
To give this man a chance If you can

I am sure he will respond by text or phone.