Do you remember the time at breakfast when newspapers were read instead of the computer, Facebook  and the power of the blog?. In the grander houses in England the ironed newspaper, prepared by the butler, broke the silence as we crunched on our toast and scrambled eggs, occasionally a sigh or tut tut was heard if the news caught our attention.  I remember my Father saying there was truth on about the 8th page usually hidden, he was the journalist and writer Anthony Cave Brown.  There was always a problem with truth and lies, and every newspaper has compromised articles depending on its politics. In the old days the Editors head would roll if he got the election wrong now they stay and irritate the opposition. There are simply not enough jobs for all those supposedly qualified to work in the industry. Ten years ago I set up this blog on the back of the knowledge that print days are nearly over. They are merely now a vanity project for their owners, they are expensive for the environment. They report what their boss wants and they neglect integrity which could go against them. After all they wish to keep their jobs in a world where there are few. A journalist has always had a scurrilous reputation  but now in England they form a psuedo elite having been educated in our finest Universities. Their papers have  puffed up opinions maybe articulately put but they are out of date and ready for the coffin.

Their lack of reasoning and ability to see into the future for either Brexit or Trump showed appalling lack of judgement in my opinion or most likely they were trying to persuade the nation to Remain and vote for the most corrupt political family of all time The Clintons. To me it was all obvious. While the Main Stream Media were still screaming using quills "Read all about it" there are the youth below the line investigating.
Why would the white Working Class of Great Britain and its Commonwealth, not rise up and fight against more globalisation and cry for their lack of employment and gloomy future. These are not money men working the day markets these were not the immigrants in the East End, these were Celts and Anglo Saxons giving their warrior cries. Why would they like Europe? They never did. We are suddenly meant to trust the Italians, believe the Greeks who never paid tax, like The Muslims that have taken over middle England, to like the French who want their food to be better than ours and join in with the Germans who wanted because of WW11 guilt to house millions of refugees.
The truth was there in the form of lone brave writers hidden in independent Blogs, like Alex Jones, Infowars, Stefan Molyneux, End of Times, Exposed truth,  Breitbart, Milo Yiannopoulis etc taking risks where mainstream media dare not go.
Mr Podesta now takes a job as a journalist at The New York Times only discrediting it further and  where he can be the master of disinformation, along with his brother who writes at The Washington Post, another brother works there as a photographer so in positions to relay the news they wish to be out there. Skippy,  Mr Podesta's alter ego will be hidden.
The top list of Newspapers all wrote about the benefits of globalisation and neglected the benefits of a spray tan and a willing bank account.

Conservatism is the NEW Counter-Culture

The minute a man says he is coming round, I am off, don't they know I like latent homosexual men with less food in the fridge than I have? Whatever people think I am doing, what could possibly make them think I want their sweaty, hormonal body in my house in my drawing room, they are very mistaken, I shall squash that immediately. 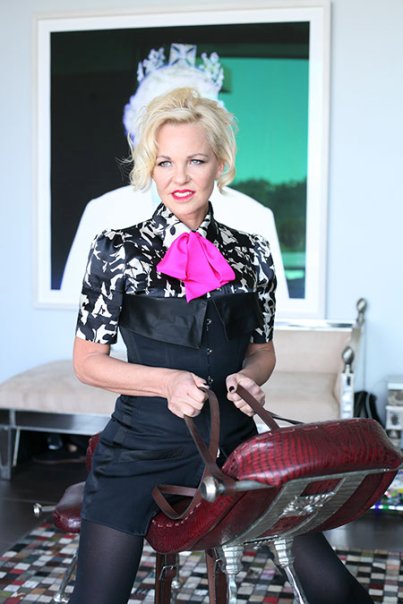 Just because I have blonde hair and a smiling disposition does not make me want to be associated with their cigarette smoking, alcohol ridden stench. Smoking to cover the smell.   Grinning with their short yellow teeth sometimes holding in their ageing stomach. If I find a dishy clean smelling captain of industry with a twin brother I will share him out with my friends. The rest are chancers.

Just because I am smiling at everybody,  I maybe just showing my teeth!!
The truth is I should have known,  blondes have a sexuality that other women recognise and are threatened by,  but actually men like the sensuality of a brunette.  I had a boyfriend once who said to me  "You walk ahead because of the paps"

Men think blondes are disposable, but the men I know who did this got thumped in the face by the treacherous softly spoken brunette.

I find there are quite a few people on the planet who I should stock up with lots of garlic and a crucifix when I see them.
As I look in the mirror I realise we must celebrate who we are, ten years from now we will be having surgery to look as we do today. 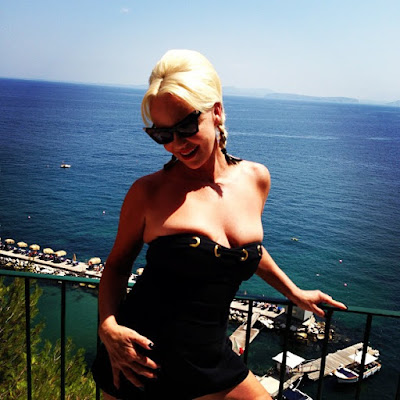 The shock and awe programme of Mr Trump continues to disturb the Liberal Left and one of my favourite speakers Milo Yiannopoulos was chucked out of Berkeley University after rocks were hurled at him. The rioters missed out as he is a great speaker  with right wing tendencies, who likes to use intelligent arguments and not skin colour to find the truth. The truth is I like politically incorrect people, I am a huge fan of Milo and you are missing out not listening to him. His views on the LGBT are indeed not flattering but  he is witty as he is gay.
Donald said that if the rioting continued he would consider stopping their funding. He doesn't terrify me instead I feel safe in his rhetoric. After the abuse I received on Facebook for liking him, I am becoming as hard as nails.
Of course I have lost 120 friends and have had a nightmare explaining that actually they are being Facist and are stopping freedom of speech unless you are in agreement with everything they say. They feel the need to believe the pushy pink feminist hat  Soros funded women. I just don't,
I think if you asked them what the violence was about they would describe something that they are doing but actually they are not aware of. Once you are violent you have lost and beware there are empty FEMA camps ready for something? After all the Liberal left in a America are not fighting a cause, the left are causing a fight.
Is America any worse today than it was six months ago?. President Trump is working with the  ingredients on the table, look in the mirror and you will see what those are. Obama wanted to eat chilli all day and Trump wants to give everybody good old American apple pie home made. It seems half of America are dying for new ideas  to collapse just so they can say they are right. The sad thing is it is transatlantic. The truth is I am tired of of the noise. Don't they know that light always wins over darkness. It is becoming like a love story that President Trump does not know about.

Talking about love stories, which interest me more,  when I look back at my life, never discount the touching of fingers, the look of love when a man gives you a present that you did not expect. My most romantic moments never ended in kitchen sink drama. One man I met on a plane and the next day the man took me to the Butterfly Museum in New York, where you literally walk through beautiful different breeds of butterflies and Moths. The butterflies land on you touching both your heart and soul. Another story I met on a train, my most romantic story, and if I close my eyes I can still see where he is in the world,  at the time I would jump on a plane, not knowing where I was going just knowing I would find him. He would send me a number of a hotel room and I would guess which hotel he was in. He gave me little presents, hairpins, a tea set from Japan, a green apple. More touching than any diamond ring which was the last present my ex husband gave me. Another lover and I were once stuck in a lift together in 150 degrees and we could not get out. He was kissing my neck, I had to wait until he stopped so that the lift worked again. These stories, as you get older, are important memories. So about last night I went. to an incredible production was on Broadway but now in London of The Glass Menagerie. Please go, let the beautiful acting take you to other lives away from political chaos, I have no idea who the actors were, it is not fame that counts instead let Tennessee Williams words make you think. Do not fight the acting but let it take you into the clouds where love and poetry actually happen, but never lasts, yet in our memory,  it lasts forever.
Don't involve yourself in fighting wars you cannot control, diversify, seek out real love humour and kindness.

Remember this "the light" always wins.