CONSPIRACY THEORISTS ARE THOSE PEOPLE WHO DO THEIR DUE DILIGENCE.

I am against big Pharma and mad scientists who wish to close humanity down. The worst is Bill Gates and his eugenics programme of vaccines and bugs. Boris Johnson has got into bed with them and this is not the Boris I voted for. Where are his balls and freedom loving ways? Can he stop thinking about sex and get on with his work. Who is stupid enough to have babies in his first term of office. He is not the same person I voted for. Yet more stories seep through from Number 10 of babies with other women. I think your trousers on. 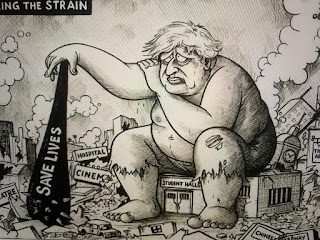 The polls in America and mainstream media look bonkers.  They say Biden is winning. Whether you like or hate Donald Trump he is filling stadiums with merry people and they clearly love and adore him. On the other side Joe Biden is hiding in his bunker and when he comes out he calls Donald, George. He is not coherent.  Oh,  Joe visited the ice cream parlour with a grandchild and took two children to church. Biden appears foolish beyond belief with all his tales of China backed up by his son's lap top. All unbelievably funny except it is true. The greatest free country in the world wants to be backed by Chinese money and is about to lose freedom.

Why I care, is that whoever rules America, rules the world.

Next week is the most important election ever. It is terrifying that the supposedly clever intellectuals like weak and bribable Biden. Why are the press so dismissive of Donald when he has achieved so much. Peace in the Middle East and North Korea etc.  What is this brain washing? No President ever has had so many attacks. All I can say is there is madness in the air. It is funny how nobody takes criticism of Biden yet they are happy to smear Trump? Everything you say to anybody nowadays is a "conspiracy theory". My thoughts on this are  people who do their due diligence are conspiracy theorists and the others are happy to be spoon fed by main stream media who are bought and paid for by billionaires and therefore not to be trusted.

When Donald wins next week the people will be surprised. I won't be.

Wait for the riots from BLM and ANTIFA and the government authorities will do nothing about it. 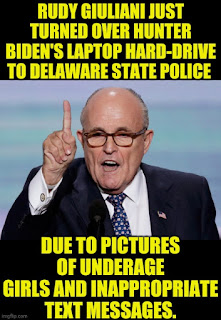 THE DONALD or SLEEPY JOE?

To be honest I have not felt like writing these days, and with so many regulations, London has become a fascist nightmare that I am going to pretend I am not living in. The empty streets are becoming full and the endless hooting is out of control.  The lockdowns come and go, nobody truly understands the Government anymore. My life stays the same; Sunday lunch at The Wolsey, a gallery visit at The Royal Academy, a walk through the park, conversations with like-minded friends, and prayers at the local church. The weeks stay orderly.

I am lying in state waiting to see who will win the USA election. Does America know that they are not voting for Orange man or Sleepy Joe?  I am terrified that America does not really understand that they are about to be taken over by the far left, that the Electoral College and their constitution are at stake? Do they realise that their constitution has kept internal battles at bay, they have had no Communism or Fascism and have been protected? They did not lose over 6 million people in World War II? They have not suffered as Europe has. Joe Biden makes Crooked Hillary look honest. Joe has had kickbacks from China and through his son he has created his very dishonest family. Watch out for TikTok and other Apps follow you closely and as they are Chinese not on our side. This is a war of Artificial Intelligence.

It is why I like Donald J Trump. Not because of his brash gold aeroplanes, but for the hope he can break this cycle of "Trotsky” ideals entering the free world. I wonder if my friends in America truly want their beliefs turned upside down? They are on the path of hatred and not common sense.

Everybody thinks the next election is the most important, I believe this one is.  It is about civilisation against anarchy. It is not about Senile Biden against Tweeting Trump. With one weeks to go the polls appear inaccurate and mean nothing, people have generally made up their minds. No amount of nagging from The Obama and Clinton fold are likely to change much but Artificial Intelligence can.  All Media is fake as they are biased and not reflective of what is really going on. They are insignificant and only the Electoral College matters. The problem is this race is so close.  People, if they thought about it, want Trump to win, but they don't want to obviously vote for him, but they want him to win. It is a knife edge. I I believe these people are the silent majority. If Biden gets in the Electoral College will be broken, that is for sure within months. Either way there will be riots on the streets.

Trump is blamed for everything in the press, even the virus which has little to do with him, but everything to do with the meddling billionaires and AI  that are trying to rule the world e.g. Bill Gates, viruses and George Soros, riots.  On top of this the “woke" youth have been encouraged to become violent. The BLM/Antifa and George Floyd Marxism have gone wild. The press have taken over and are far too powerful. There is no empathy and these people have got out of control. This is a radical revolution and mirrors the French Revolution. It is break down of law and order and the demolishing of statues and breaking everything that people admire about the States. The rioters are not well educated but very arrogant with huge debt. They are angry. The problems lies with the education system which is far left and the media and the months of being locked up. In America, fear is mounting as New York City is emptying and people are going to new places, they just left. Donald Trump  is quite brilliant with everything against him he is still alive and in the running. Hated by China, AI, billionaires, The Liberal left.  he is awake and kicking. He tried to ban TIK TOK and fights social media daily whilst still using it. Voter fraud and crooked tactics all against him. Kamala Harris is a left wing Communist at heart and will do anything to win.  She is a one trick pony being used.

The number of COVID19 deaths are no greater in America than they are in Europe. There will be a huge recession which has been self-induced. There was nothing wrong with the economy.  It will come back and get better. Children need to be back at school and people need to get back to work if they can find it.

Luckily The Republicans are keeping Trump in check, they are more organised this time and it is the first election ever to take place on line in cyber space.  Trump is portrayed as a clown and a crazy person but he has good analytics and with this knowledge he will likely win despite the polls. He has a brilliance and he knows his people, he loves his people. Time will tell. I wonder as I look at my American friends if they are as apathetic as they look? They seem more worried about the superficial than their brilliant law, The Constitution that is slow and methodical but has kept America together. I say, keep America great and free. Vote for Trump.