Change is inevitable, we know that, but Her Majesty's death was something quick and terrifying in its timing.  One minute Her Majesty was saying goodbye to Boris Johnson and the next moment Liz Truss was taking the keys to Number 10, two days later she was sadly dying.  You can't grab back time. For most of your life you are young and vibrant and overnight you become shrivelled. The queen riding at 94 shows us that she determinedly got up, got dressed and rode her horse without a hat only a few months ago.  Her Majesty could be a hard act to follow.  Charles 111 now takes over the throne.  We are living in dangerous and extraordinary times.

Her Majesty The Queen represented us and she was appreciated around the world. No matter the trials and tribulations of our country you felt she was steadfast in protecting us. There is an outpouring of sentiment and love towards her. The flowers at Buckingham Palaces Gates, Windsor Castle. Are we going to live the moment or are we going to film the moment on our up-to-date iPhone?  Social Media is full of love for her. Imagine a woman who was 19 at the end of the Second World war, who twenty years later met the Beatles and the Kennedys? She went through the sexual revolution and later had to deal with the problems of Diana and Meghan, the Falklands crisis, covid 19, and the Great Reset. She loved Ascot, racing was her love along with The Earl of Carnavon her racing manager.  Her Majesty loved her husband Prince Phillip who was a cousin.  After her children came 7 grandchildren and something like 9 great-grandchildren.  She loved her Corgis, and colourful coats and throughout all of this she was stoic and reliable.

There have been five Queens since the 1540s and all of them are pretty marvellous in modern times 3 pretty efficient Prime Ministers. Lucky Great Britain Elizabeth was undoubtedly great. 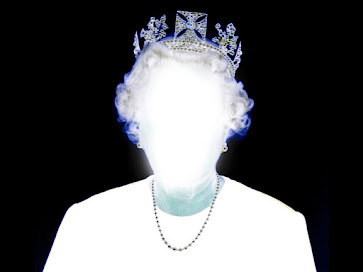