Theresa May GET ON YOUR DANCING SHOES.

Leaving Europe will all be absolutely fine and I think it’s all a big con after all lettuce comes from Mexico so the ports work. We will still buy Mercedes. The problem is the Conservatives are more left-wing than the Labour Party and there are no Brexiters running it. If I had organised BREXIT with 10 cabbies and Nigel Farage, Rees -Mogg's son and Boris’s hairdresser we would’ve done a better job and it would have been finished by now. Friday is the day that Parliament has turned down and we would leave with thirty-nine billion in our pocket. Does Theresa May have the guts to do this? If not, we do. She could use the money to cover any flaws in the process instead, Parliament wants to ignore this opportunity and rally on with failed deals. They are all embarrassing lunatics that are supposed to represent the sane English public. We are al very patient considering the disingenuous MP's in charge.  Come on Theresa be more of a rebel, get on your dancing shoes and get us out.

Last night I watched 650 Parliamentarians behave with no integrity but with huge mendacity betray the people of this country. Superficially charming  John Bercow who is above the law and is supposedly impartial as the Speaker of the House proved himself definitely pro the "remainers".  He gave impossible questions to the house and they, in turn, made a huge mess? Our M.P's are not stupid; they know exactly what they are doing. What they are doing is what they are doing. They are ruining our country, our sense of Democracy, our true love of our British Isles. They are not following the people's vote from two years ago where BREXIT won; instead, they are working on their own ideas. That is they are not coming to any reasonable agreement leaving the European Union despite having two years to do so. Luckily everything is not legally binding, but I am sure the MP's will say that it is.
I could have done a much better job with Adie Hannah, my fabulous hairdresser who sorts out my bills. This could be a comedy, but my tummy feels completely in turmoil, and I am strong, what about the others who have businesses to run and young people who are snowflakes at the best of times? Stand down @TheresaMay @JohnBercow and @JeremyCorbyn.
Please elect Rees Mogg and Nigel Farage. They are right. 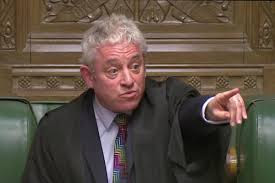 Shamima Begum leaving England was not her most clever moment. She needs to think through the long term ramifications of her actions. She cannot have another identity, and we cannot guard her 24/7; she could even be arrested. The problem is political correctness. Of course, if I turned up with a picnic basket with loads of goodies that would be great for her,  but I am not going to do that.  She cannot slot back to her previous life. She has witnessed things that few 15-20 -year-olds have.  Shamima indiscreetly went on television and sounded truculent and bolshy. Sadly for her, we don't want this, and we don't want to encourage it in the United Kingdom.  She can't expect to ask her Mum "What's for dinner, have I got any clean socks"? Shamima is not a child anymore. She is a young woman and she is fully fertile with three babies who all passed away. She must be very depressed. Equally the people that ISIS have killed cannot be brought back.  She needs to live the commitment of her mistake. I would not have done what she has done. She colluded with her friends, happily leaving England and not letting anybody know where she was.  Did she think she would get a Sainsbury's delivery and a nice Axminster carpet in Syria?  Her mother has not been interviewed, she must have told her daughter not to put her hands into hot water, and don't lie?  Why does she want to go home it must have been awful? Where are the other two girls?  Where did she go to when she first arrived in Syria was there a welcoming committee? Did they hand out glasses of orange juice? Does she realise she may come back to some kind of holding centre to be punished? She needs to learn the consequences of a decision. Everybody was duplicitous in this story; it's political and dangerous.   Shamima has made a terrible mistake, and now she will have to learn to live with this. We do not want the risks that she could bring with her.  I would not want anybody to go through this, but she made herself a sacrificial offering. If you do the right thing, we as a country will help you, like the girl who was shot in the head and who won a Nobel prize, Malala Yousafzai 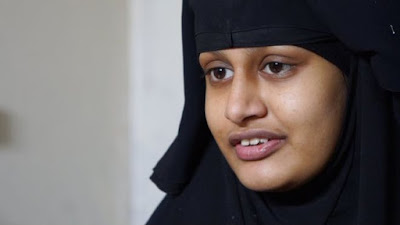 This is not a computer game where everybody can come back to life. To make one girl happy it makes too many unhappy, this is too expensive.

Shamima Begum according to reporters was head of her gang, and with a gun across her chest, she strapped suicide vests onto those willing to die for ISIS, stoned and lashed women who did not obey. Saw heads in bins and lost three children, yet says she is a good housewife.
The social do goofers really are too much. Thank goodness for the cleverness of  Sajid Javid she is still in Syria.

In my opinion, we have enough problems in England at the moment, and we do not have the time or money to spend looking after a traitor to ISIS and to England.

OFF WITH THEIR CAPS 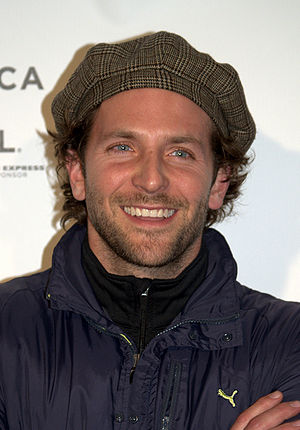 I don't often write about the style of a man, but here it goes. After looking at bankers, politicians, musicians, artists I realise few have style. There is a trend at the moment that looks communist. Dark blue puffer jackets, hoodies, sweat bottoms, old trainers. Hardly alluring, sexy or groovy. I like The Oscars, the stylists bring out the best looks in men. Bradley Cooper, Richard E Grant all look attractive so why cannot it be you men out there?  It just takes five minutes more when dressing. I have a great Window Cleaner, okay I know the joke, but we were talking about life in London and I said to come for lunch. He said he did not have the right kit on. Indeed he had been cleaning my windows, but why not get ready for anything and take a bag with a clean shirt in it and some deodorant? Just dress for success. By success I mean, dress to enjoy yourself. It could be anything. Wear a suit, sometimes wear a tie. Think positively and all will be right.
Men always wash carefully. Always wear a fresh shirt and clean jeans. Look in the mirror and see what suits you. There are so many good clothes to buy nowadays. Stay fit and exercise.
If you have a beard keep it trimmed. Just get the most out of life. Finish the look off, wear a cap. They are great and give you style or keep you warm. I love the caps by Blue Command Apparel.
Made in England and luxurious yet value for money.
Fight for democracy.


MEN WHO LOOK GOOD IN CAPS 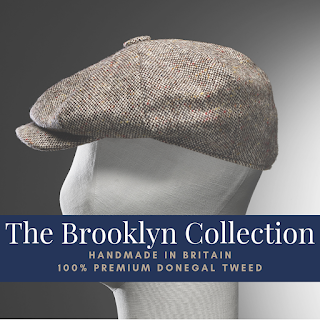 We all noticed the lingering looks between Lady Gaga and Bradley Cooper. I have watched them many times, and there is something so alluring when two people have chemistry whether Hollywood fake or real.  Fake is so good though to watch even better to see where Hollywood's fairy dust lands.

Lady Victoria Hervey looks pretty good in swimsuits proving a point, that in LA anything can be achieved if you work at it. She certainly does accomplishes a lot. She is bringing out a new line in swimwear shortly which I can't wait to squeeze into.

Fake is sadly not so good in politics. I am very aware of the duplicity between The 'remainers' EU and Theresa May. She is a quiet one who appears to dig her heels in and does what she wants rather than listen to the  17,500,000 electorates who voted to leave Europe. I have a feeling she along with 650 MP's have led us a merry dance and by 2020 we will suddenly find ourselves back in the Community. I do not trust many people least of the political class. The 650 elected people in Parliament are so far removed from the Brexiters that it is embarrassing and they will get a slap in their face if they are not careful because the people are angry.  I personally do not wish to be a little state within the EU or follow their ridiculous rules, paying huge amounts to them without having any real power. The endless attacks on the Brexiter is offensive.

I like a multicultural society, I like low taxation, freedom of speech and democracy/Monachy.  We are not allowed to comment on the decline of morals or knife crime it seems unless we are leaning towards the left wing. My view is we are being led to slaughter. 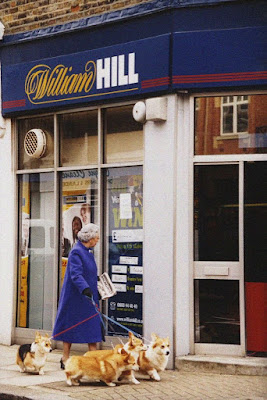 Last night I went to BAFTA winner Alison Jackson's show in Leicester Square. She used look-alikes to portray the events we think about in secret. Kate and William having a bath, Her Majesty The Queen outside a betting shop, Princess Diana and HRH Prince Harry. Amusing and informative she has fought for freedom of speech whilst often being chased by police and restricted in what she can or cannot do. Whether we agree with artforms that criticise what is happening in the world, we need to see their benefits too.

The following night I went to a BFI party to celebrate Oscar winner Olivia Colman win a Fellowship Award. Beautifully organised at the Rosewood hotel I took my event buddy poet Murray Lachlan Young who is performing shortly at the Wilton Theatre. He is always fun to laugh with and nobody speaks in iambic pentameter as well as does. The BFI do lots for the Film Industry and even protect the old film from disintegrating.

Good news is the American lobbyist  Charlie Kirk part of TP UK, friend of Donald Trump,  is arriving into London this weekend and will be speaking on Sunday. Let's see if  he can have as much impact on our Government as he does with Whitehouse as he preaches like St Paul.

In the meantime, I shall continue listening to Shallow and dream.