Boat life at sea feels like a never ending passage to heaven, the jolly Captain telling us vital information from the Bridge. This morning I had to buy an internet package. I said let's buy a weeks usage but the man said we are at sea for two more  weeks. Cruise life is a glamorous prison for those that are addicted to institutions, with free food and drink as much as you want, it has the feel of a smart old peoples home too, but my curious nature for knowledge is explored and satiated, so I am happy.  For somebody who hates alcohol like me, people become 'in their cups' late at night. I went to see a show with an elderly gentlemen and one witty attractive but very inebriated grandmother said to me "Where did you find him, heaven, or was it hell?"  late at night, the Seabourn can sway.


I am learning so much about the Bible, the Quran, The Torah, Jordan, Syria, Israel, pirates, Musical Theatre.  Geography and history are linked. Endless battles created, the strongest, determining the other country's success. It just had not occurred to me. I passed a little known but hugely important Country/port of Dijibouti home to spies, the USA, The Chinese, The British.  I look at photographs, the women were  beautiful like Brazilian bombshells. I think of stories of successful women in the area and there are many.  The beauty of  Cleopatra, TheVirgin Mary, The Queen of Sheba, Nefertiti and  the darker side, The Slave Trade, that made Oman and it's district so very profitable. I discover a slave in those days was the cost of an onion. A thesis I wrote at school and got actually top marks on was about the Slave Trade and William Wilberforce. If only I had gone on a trip like this when I was fourteen it would have been even better. Then there is the gun running and pirates. A world away from daily life in Chelsea and Los Angeles.
I have had the luck to listen to many passionate and emotional performances, especially by the violinist Peter Fisher, composer, Tamara Konstatin and baritone Jonathan Christopher, not excluding the other brilliant talent who are performing in a "A night with Sir Tim Rice"  my nights are all so very different. 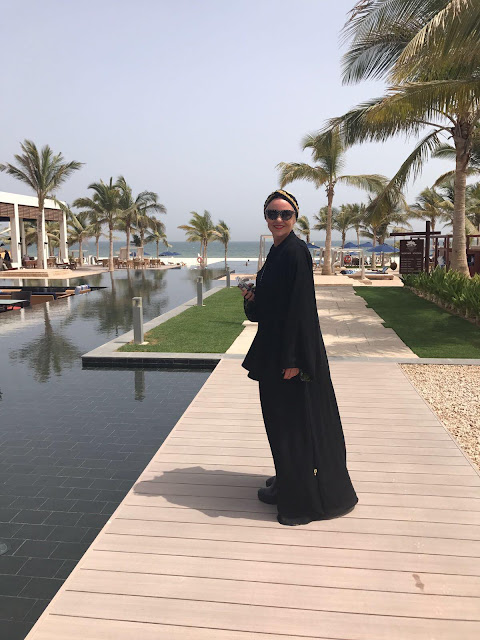 I try to diet and am unable to keep to a detox, for the first time in my life my puritanical way of life is thrown overboard. I will come away from this trip with a better understanding of politics and the rapacious and the unpredictable world we live in today and of its history.

If you don't mind living  a Thomas Mann story,  with all sorts of unexpected exposure and characters,  to the world this could be 'the way of life'  an amazingly colourful trip for you. You like others could become addicted to Seabourn.com

A few days ago someone sent me a photograph of me at 27 just before I got married to Johan. I think it was that year. I got married on the 9th June 1988 but the picture must have been in May as it is was my friends birthday, the dress I wore for my wedding was already worn. That is bad luck to start with but the picture, personal to me only told me a lot, and made me think.
Wearing gold jewelry, my hair darkened as I hid my white blonde hair then, I look worried which for someone with a huge sense of humour looks strange. I was wearing a Belville Sassoon dress with big white sleeves and I still own it.  The picture was sent to me at a time when I am starting a new chapter. It has made me think back to my life and what I wanted to achieve then. 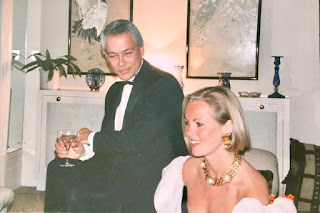 I was born in Lebanon but left six weeks afterwards to English parents, one a journalist the other an opera singer.  I always said I would go when I am going to die. Because of politics and the world we live in now I wish to explore areas I do not know before then, to understand the Middle East you must visit it. I decided to do this by ship. The Seabourn, and the boats name is Encore.  Discovering that Arabia is a huge desert made of shells. I decided to make a trade journey through it. Muslims we know love trade and they have existed side by side with the Chinese and Africans, Indians and Europeans. I realize I must take time to relive the past and future, and this is the last luxurious way to travel.  The biggest commodities were frankincense, pearls, ivory, slavery, peppers, fabrics and weapons, now it is oil.  America sells 34,000 billion of weapons a year and Great Britain 8 Billion a year to Saudi Arabia alone. In times past the British have had good relations which meant trading and traveling permits to safety through Arabia. If you do this trip you will have a better  understanding of the current climate . 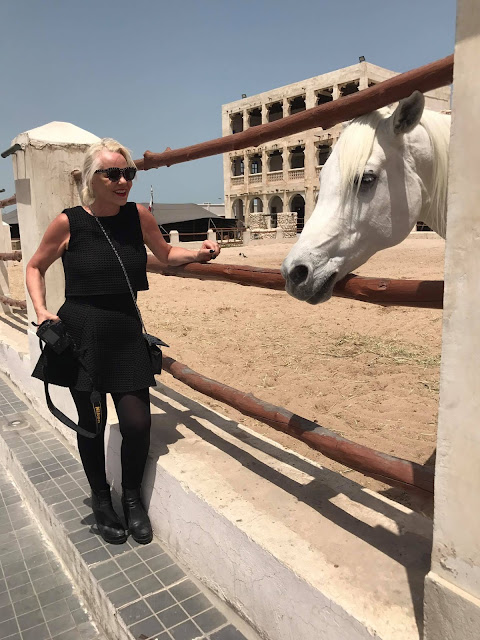 The areas are valuable, dangerous and vast. The climate extreme. From China to Baghdad, from Japan to Europe via Zanzibar, Oman  the demand for trade was and is necessary. Oman is one of the most important trade ports. Nearby in ancient times the Queen of Sheba lived it has exotic history. Copper was produced along with textiles, timber. I am following the original daring trader, Sinbad the 11.
Rich now from oil, the Arabs have abandoned their tents and two breeds of camels, one with a one hump and another with two humps  to drive in air conditioned luxury and live in huge magnificent contemporary architectural buildings collecting artifacts, Arabian horses and falcons.  From Saudi Arabia, Oman, Qatar, Abu Dhabi, the sea dominates their lands and the mountains protect their caravan route, whilst the mosques and prayers keep their people pretty pure.
I fall asleep to the sounds of the ship and dream of carpets and souks, wishing to follow previous brave women who studied Arabic and lived there,  who fell in love with the Nomad's way of life.

PHILOSOPHY FROM A BOAT

1. "Don't reduce people to one word they are many words
Bad people say others are bad, good people say they are bad.
Everything in life is flawed, religions, politicians, institutions,
what we do for other people is what we are. The best people to ask in a room for charity are those with a guilty conscience
We need to undo what is taught. The Bible/Theology is not scientific it is a metaphor.
See the good in people.
The power of morality is to effect calm.
Careful with language, people have different paths. Gossip is bad, all things can be corrupt.
Change negative to positive, it is not exclusive. Those that you find negative have positivity too find it. Groups can be negative, religion is just a way to get


through, all institutions are faulty, two things we know are wrong are stealing and killing, thank goodness Eve gave the apple to Adam".

2. "No purity without impurity
Holy pure food on offer had nothing
to do with health in the Old Testament.
The Temple was there to remind the jews of their wrong doings.
They have the A-Z of wrong doings.
A masochistic idea with purpose and value.
They can create more if they are humble.
It differs from self deprecation.
It makes you self analytical.
The greatest people in the world are humble.
History is interesting as it teaches us what not to do.
It's philosophy is good.
It is subservient to values.
The Bible is a newspaper.


There is a problem to hymns as people sing and do not listen to the words"
3.
Nothing is absolute.
It does not matter if it is true as nothing is true.
If you steal a television you will get a prison sentence
but if you rape your wife/a woman, you get more time in prison for
taking the television.
Anything done towards a woman is evil.
No absolutes in groups, no absolute morality, except murder for which you can only be killed for if you are a Nazi.
Santuary cities have always existed there were 6 in the Bible.
They took people who had accidentally killed.
Equality is not sameness
Do not wear anything unless if means something to you.
Do not do things you don't understand.
A synagogue/church is a place for study, meeting or gathering.

4.The Arabian/Muslim land mass is larger than India.
The sand in this area is made up of millions of broken up shells. Originally it was under water. Sand dunes can be as high as the Eiffel Tower. Originally the land of Frankincense and spices which was very valuable in Roman times and Frankincense in particular was used for embalming. It is now the land of oil, blood and gold.. as my Father Anthony Cave Brown wrote.
The Arabs have so much money now that they do not know what to do with it. They build like crazy and have from camal herds built pseudo space ships, futuristic in style, in three generations, they have made their land unrecognisable.
Never forget their sophistication. Their writing looks like sacred geometry which was used for prayer mats, decoration. .The writing is hypnotic and remember the depiction of human form is illegal. Arabic is beautifully written and is full of emotion and in one form. The Suffi poets were incredible, just take a look at the poems of Khalil Gibran.
They are used to hiding, for thousands of years they hid, as the trade routes were always attacked, they never divulged the routes by sea or land.
The simple difference between The Shiites and The Sunnis is the Shiites want to believe the writings from the direct decedents of Mohammed and the Sunnis want the writings by someone who understands what was written in the beginning.
Remember whatever the brand,
the Muslim has a bigger vision than himself and that is his God.
Where has it all gone wrong?
on April 11, 2017 No comments: