As I sit in the Le Fouquet at the Majestic in Cannes this week, I realise that this week has raced by. With gossip of bombs and Isis, the Festival has lost some shiny appeal, or perhaps I have grown up? Still full of celebrities from Susan Sarandon to Julia Roberts there has been more than just occasional glamour on the red carpet.


At the beginning of the week, I was in need of a rest which I did not get. I thought about life and as Shakespeare said "Love is not love which alters when alteration finds, plus it was my birthday. Hey, I even found a convertible mini to rent, so, despite the aggravation of an emotional pick pocket, I was able to feel the wind and sun in my hair.

I went from Charles Finch's party at Eden Roc, chic and interesting with photographs of the famous, including Brigitte Bardot, adorning the walls, to The BFI's brilliant and useful lunch where I bumped into the film director of Black Mass, Scott Cooper, who I had briefly met on the flight over to Nice. With parties and films, a full house, this week skipped by.  On the plane I  thought Scott was a member of a boy band who wrote slushy lyrics, not a bit of it, he was the master of Johnny Depp's film last year. This Festival for me was about work. I want to make my film on the life of  Egon Schiele. I had quite a bit of interest so watch this space. At lunch, however, I was watching Harvey Weinstein manoeuvre his life his wife and family on one one table, on another his office.


Lady Victoria Hervey sailed down the carpet several times and had a book launch for Lady in Waiting on a boat in the harbour.

The clothes on the red carpet were dramatic, my favourite dress was worn by Georgina Chapman from her own collection. She looked fabulous, then Rushka Bergman stole the show with her jaw-dropping couture dress by Hedi Slimane for Saint Laurent at the Chopard party. Her Instagram went mad and she hit 70K hits. That is the world we live in now, Snap Chat, Facebook and Instagram replacing the conventional world of magazines which arrive on the doorsteps three months out of date unless you are Genlux and then it arrives in the correct month. We work in real time. Vanity Fair was wonderful, the people watching especially, I saw  people try and gatecrash, this year no amount of charm worked on the girls with the clipboard. I got in but my Mcqueen coat creased terribly in the drive to the Cap.


I wore Saint Laurent one night and Versace the next, I am only interested in films but was pleased to join Aileen Getty last night and her foundation to support Unesco's fight for cultural diversity in film, I was proud to sit at the table with brave men and women fighting for a perfect world.
With a packed wardrobe, I still was not crazy about anything in it and although I usually love Chanel, I funnily did not want to look like Air Hostess this season.


The films really did not hit the spot, lacklustre and average, they were not for me. The stars were here in force but the films I saw were better suited to television. I did, however, like the story Mal de Pierre's directed by Nicole Garcia. A film about a mental hospital and an imaginary love story.  I loved the passion and it had the pace of Thomas Mann's novel, Magic Mountain. With Marion Cotillard wearing an almost see through golden dress by Dior, showing every bit of her stunning body, one way or another she killed the red carpet.

Celebrity is not a star. Cannes is split between the deluded nightclubbers and the workers. The middle of the road look like a joke to both ends. 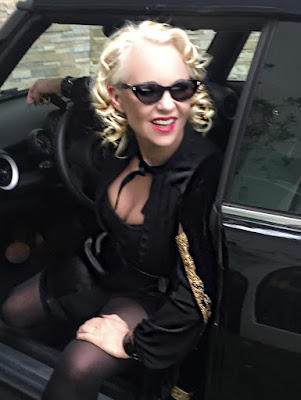 1/2 Masterpieces of Vienna - Schiele's Death and the Maiden

BLOWING OUT THE CANDLES

My birthday tomorrow makes me realise that all I wish for now is the pleasure cruise, I want to be cool as the champagne I am sipping and all I want to watch and listen to is Ginger Rogers and Fred Astaire. I do not want to hear the words gash, slash, flash and brash. I just want classic glamour.  All I care  about now is who I care about in that particular moment.  It is my business and my business only. I shall make sure that it is sunny all day tomorrow and all day next week too, I intend to  achieve world peace. I shall conjure rain only at night otherwise it makes my hair frizzy.  Thank goodness when people gossip they are only talking about my public life, and they have no idea of my private life.
I now need moments of peace which I did not need when I was younger.
I don't need drama, especially other peoples. I need to exfoliate.
I am what I am and I do not need other people's conflict.
I am only interested in my own artistic endeavors.
I do not need other people's dirty linen or their imitation plastic lives.
I have dealt with my solitude and I let go of it with my reluctant fingers.
I intend to create magic instead.
I need the three S's, stillness, silence and solitude my three wishes.
By the way, I heard a story about a household name recently who built her fortress so high that she could not see that the paparazzi were no longer there.
All I want to read tomorrow is what is in my birthday card. 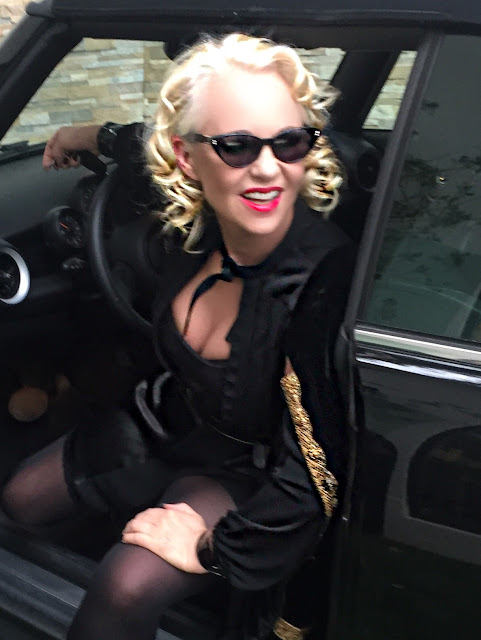 A WEEK OF DETOX with Catherine Vanazzi in the comfort of my home.

The best way to feel good we all know is to tailor your diet to the type of body you wish to have and exercise at least three times a week.  Catherine Vanazzi expert dietician comes once a year to see that I am on track for a full and vital life.  Six years ago I suffered from acute pain and nowadays I have never felt better. Here are some of the dishes she created this week in my kitchen in Chelsea. 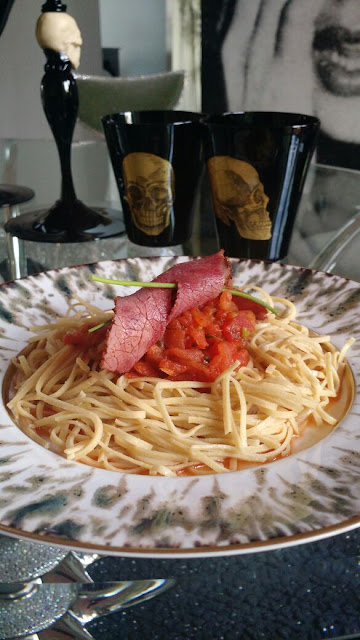 THE BRITISH TOOK OVER THE MET BALL WHILST THREE BLONDES FLOPPED.

The Met Gala, well well well.  How on earth can women who run these adventures believe they have class? We need fresh blood immediately. It needs women with style and panache running the show now. New people.

I do not like to be unkind but thank goodness for the innate style of the British women, Poppy Delevigne, Bee Shaffer, Rosie Huntington-Whiteley who stole the show from  the three blondes, Madonna, Lady Gaga, Taylor Swift plus Nicky Minaj needs immediate help from a stylist.  I can only recommend one to mend this immediate gaff, but you have to read my other blogs to find out who I love and adore.

These stars need encouragement to be elegant. sophisticated and modern and they do not need to look like clowns. At the age of nearly 60, Madonna does not need to try and be young, she looks fabulous as the Queen of Pop. She has her image, she does not need to venture from that. Trying too hard to be cool gives people wrong messages especially when she is the coolest. 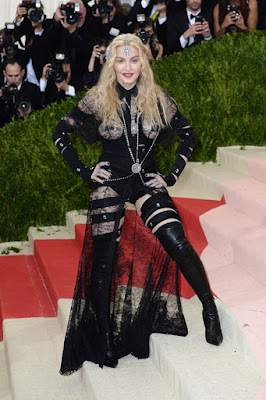 The evening was supposed to be forward thinking, celebrating the exciting world of fashion and technology, machine against man,  it was sadly not, the clothes needed to flatter and excite, they did anything but, it was backwards and a disaster, there was no mystery. No glamour and just wild promotion, but ultimately the party was ridiculous. Too much back patting and not enough talent. Sheer self-indulgence.
The only one who had "it" was Alicia Vikander as usual who in Louis Vuitton looked perfectly modern. Hedi Slimane and Saint Laurent was missed on the red carpet, he has the power and vision.


All the stylists used tonight should be immediately sacked, how can they seriously dressed so many fabulous women badly, it's an insult? There is a cruelty in design at the moment which needs to be addressed. These women are serious, but most of the designers are men, perhaps that is the problem?
Thank goodness for the hair stylists and makeup artists who did a pretty good job and who had to an uphill battle to fight against. Shameful waste of money and a sad use of talent.

Dress I would have worn by Calvin Klein on Emma Watson made out of plastic bottles, another English girl. 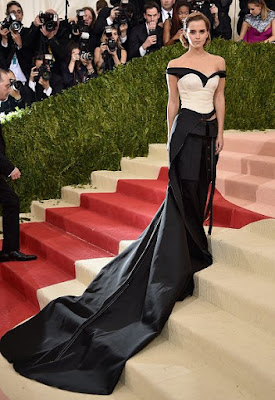 Where was my favourite stylist, she is unlikely to have had anything to do with this?