Kate Tempest - Hold Your Own - Glastonbury 2015

FIGHT THE GOOD FIGHT WITH WORDS NOT WEAPONS:

What is new? Banning freedom of speech? Banning certain Newspapers from Universities, stopping blogs? The internet world and the real world are becoming fraught with tension. We must keep freedom of speech. After the last few weeks when I think my friends are brainwashed, it is essential that we continue debating. It is fun, it is interesting and it is enlightening. You don't have to believe that Obama has a dodgy Birth Certificate and parentage and Michelle Obama is a man, but you must be able to do your own research. From my point of view I do not see why it matters.  As for Pizzagate being so called  fake news, God forbid any child gets murdered because we did not believe Julien Assange and the FBI are too frightened to fight and round the Clinton's people tend to get popped off. Fake News, what rubbish?. By the way this was written all about in David Icke's The Biggest Secret which he wrote in 1998.  This book says it all. So nothing new.
The other day a friend said we have to believe Wikileaks their record, up to a few weeks ago before the election was never questioned. I believe Julien Assange's integrity to be correct however in this mad world of uncovering espionage we should still question and argue everything. Breitbart is rude, The Daily Mail, gossipy with a few important messages on page 8 or thereabouts, The Sun is beloved by the working man, Infowars is eccentric and Alex Jones is outrageous lastly Drudge Report, without all these valuable and excited journalists The New York Times and CNN might start being believed We therefore must fight choice. The fact that the Democrats lost the election is not because of the Newspapers it is just that the people are not as thick as the political parties would like us to be and they are fighting back the corruption and sleeze of the left. Whatever job we have for the most part the Internet is an educator as are Newspapers. Always remember to take back your information to it's orginal source. 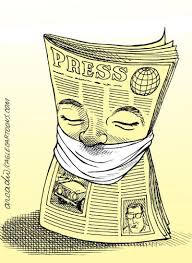 The point in this open world of the Internet user is to not tell lies. Better you put it all out there and we the reader can decide what we wish to believe and follow.  The blatant dishonesty surrounding both elections by MSM, of Brexit and the USA have fueled discourse and half my friends I do not care if I ever see again. They have a refusal to believe anything outside their narrow comfort zone. They want to live in a Nanny State where they a spoonfed. They don't like to think about how their world pays for The National Health, Education, Police, Obamacare. Whatever side of the Ocean and in whatever country facts are facts. Mostly our wellfare is paid for by wars which make the most money. Taxes are paid for by the the ailng Middleclasses whilst the elite will always find ways to escape. A few people pay for huge amount of unemployed. If you don't like refugees then stop fighting the hell out of places like Syria, but of course this is a game about oil, blood and gold. Fight the good fight with Freedom of Speech and words, not with weapons.

WITCHCRAFT IN THE MODERN WORLD

There has been a lot if talk of  Occult practises and witchcraft recently with Pizzagate, Satanism, Aleister Crowley, The Satan Church in Los Angeles, the first Satanic School.  The power of thought is strong. Even when incense is used in Church it is a ritual as is "drinking wine and eating a biscuit" in church they signify the body and blood of Christ.  Religion is organised witchcraft, they took Pan the God of the Greenwood and turned him red and called him the Devil. Witchcraft  is around us at all times. "Don't walk underneath a ladder" and a black cat is good and bad luck depending. Used well, Occult practises and Hedge Alchemy  is a form of spiritualism and brings good luck. Semen, blood and herbs are all used, used wisely they are potent. The new Occult practise is celebrity. Some people have their prayers answered and some don't.  Everything is faith including "Thanksgiving" Remember America killed all the indiginous people only to sit down with a fat Turkey looking smug. Strange rituals like the Wicker man. It is all the same thing. It is cosmetic all covering evidence of the mutilated that displeased them yesterday.
I love magic, the good happy side like Halloween.  However,  Magic is like early music, you improvise and like early Music "the red dot " is not exact. I say believe in magic and fairies. Believe in Cinderella and the four mice. think happy and positive thoughts like Tony Robbins, Raja Yoga, Bernard Hiller and hey presto your life will be a lot chirpier. 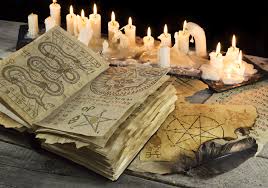 Getting a birthday cake with candles is witchcraft, and then you eat the cake that signifes the body, it is all witchcraft. The Wedding cake is too. I will rarely eat somebodies cooking I feel it contains their energy. I like to call it Wishcraft, think right all will be right.

There are shitty spells which are usually done by shitty people to give people mental breakdowns, secure happy people do not need this.  You can also make a cake to takeaway magic and bad intentions. When you send a present to somebody and when the recipient undoes the bow they unleash all the intentions. There are spells to become rich and famous.  Remember witches don't look like witches. They look like everybody else and like a spy they merge with whatever else is going on.

Hillary Clinton  obviously asked for more votes than Donald Trump, but she clearly did not ask it the right way with any sort of conviction. She, asked for the most votes and she got the popular vote she just did not become President. On top of that she mocked witchcraft and used it infront of everybody else for example the broken mirror  at the start of the last bit of the campaign and as she has not a clean spirit, they, The Elementals, gave her exactly what she wished for. Broken glass removes negativity yet mirror gives you 7 years bad luck.  I don't know who suggested this but it was a terrible idea that briefly looked good.
Donald Trump knew he was superior,  he could feel everybody hated him, he had no knowledge  or experience of running a country, he has a stunning wife. he has everything, he did not need this. He knew he would not be liked and had sexual allegations against him.  Yet, Donald knew how to win, and he won. He knew Hillary well and Trump is a much more intelligent than anyone gave him credit for. He knew that people always go back to the scene of the crime for example the emails. Hillary had the black vote, the female vote, the gay vote but she got insecure and kept going back to the scene of her crimes. A guilty person can't help it.  We knew we did not need to find the emails, we knew she would take us to them. As Donald said "Follow the money". He did not lose the campaign for her, she did it quite beautifully herself and on time.


Once you acknowledge there are these spirits, you wake up  and you will see them I am told, so be careful. As for Pizzagate, I think we should separate the two issues one of witchcraft and one of paedophilia. I won't discuss the latter I do not have the facts.
The horrific stories that have come out of Wikileaks regarding this is infact "information". I am sure the people involved will be investigated, and as you are "Innocent" until proven guilty,  they should be given that dignity to defend themselves.  Is it brave to say something or should we sweap stories under the carpet, pretend that it does not matter and let it comes under the heading "Fake" news? Judging by the lack of integrity of certain newspapers to act on problems like this. Newspapers  contain news and opinion, but opinion like politics is just opinion.
There is evidence of involvement with a child as there are some drawings.  The sketches are evidence but they are not proof.  Police can't be involved as there is no body.  There is certainly interest in weird art, but still that is not proof. Whilst I like wacky art the people concerned have collected in my opinion morbid and depressing art. A stream of blood is best left in the bodies veins. However remember blood signifies purity, it is wonderful and only changes when it dies, it is a life force. Witchcraft maybe fun but it is a serious business and I personally know little about it but as far as I know everybody must respect it.  Obviously the children involved in these sacrifices have not come forward in the case of Pizzagate, as either, they did not exist, are dead or are brainwashed. They too could have been infiltrated e.g MK Ultra programme to control people using witchcraft, occult, serpents to service the Illuminati. Even the restaurants could have been in a scam. So although I am worried sick about small children involved in any sexual crime, you need proof, evidence and fact  before running to conclusions.  Otherwise you could accuse innocent people and ruin their lives. Why they use children is that they have the cleanest spirits and the most powerful thought processes. It is then used to blackmail. Blackmail is such an ugly word but in mind control this works wonders. Of course I am beginning to think that nobody thinks.

There are continual problems with greed and whoring, the desire for success, power, happiness and love will never go away. It maybe hidden but it will never disappear. Only insecure people crave what they think is power.   We  have just  witnessed the nastier and more dangerous side of life, politics and conspiracy. Let's hope it in turn makes America great again, which in turn helps the world and therefore us.