A letter from John Mappin, Amanda Eliasch, Peter Southall, and His Grace the Duke of Marlborough

The time may have come for Prime Minister Johnson to make a move and contact the President to ask for help in creating the most robust possible alliance between his Conservative Party and Nigel’s Brexit party forces.

As discussed, a strong Union between PM Johnson and Farage will guarantee the future of a strong sovereign UK with a robust economy emerging at the end of it, due to a strong US UK alliance and a positive US UK Trade deal.

The right signs are starting to come from President Trump, his National Security Advisor John Bolton and others in DC.  Vice President Pence is due in the UK soon.

I think we have been able to get the concept that this is essential to the USA over to the WH and the President via our lines but we cannot be sure yet how fully the political mathematics and vital necessity of this have been FULLY understood.

We continue to communicate.

Several reliable lines have been briefed on this simple but powerful concept, and the idea has been floated in DC from several independent angles.

The best way to achieve this optically would be for our Prime Minister to call the President privately to request an audience and to request that Nigel Farage is also invited by the President too or that PM Johnson invites him too.

Timing is everything…You will have your own views and your own capacity to communicate.

But a meeting between in the USA between Farage Johnson and The President could be a wonderful opportunity.

We must fight the forces of socialism or they will engulf much that we love.

Hope you are getting some Holiday and sun with the family!

John Mappin, Amanda Eliasch, Peter Southall  and His Grace, The Duke of Marlborough 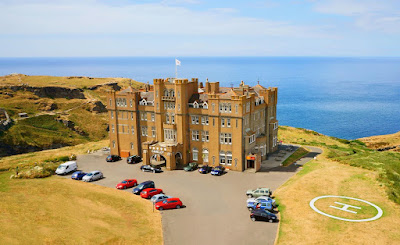 Email ThisBlogThis!Share to TwitterShare to FacebookShare to Pinterest
Labels: His Grave the Duke of Marlborough, John Mappin., Peter Southall, PMJohnson

Email ThisBlogThis!Share to TwitterShare to FacebookShare to Pinterest
Labels: @Jack @Belts How to get slim @Insulinresistent @Fil @AmancalledJack

THE DUCHESS OF SUSSEX MUST FLY, HAPPY BIRTHDAY

Am I the only person in England who thinks that Alexander Nix was stitched up by the Left Wing Media? What exactly is wrong with Facebook selling our identities. The only thing I feel is that we should sign and pay for an option to opt out if we disapprove? Facebook do need to earn money.
As for The Duchess of Sussex am I the only fan to find it sniffy that she is continually attacked? Of course she is a diva, she is an actress from Hollywood and has been brought up to be in the world of tantrums and she had to fight hard to get where she is today. Give the girl a break. I love The Queen and her family and all that they represent. Now we have plenty of scandals again, "Kardashian" style, making the Royal Household up to date and watchable.

I enjoyed Suits, the part Megan played was charming, she is pretty, a television star, rags to riches LA story. The Duchess of cheek, as she has now become in the UK's eyes just needs a few helpful hands in British etiquette explained. Our humour will be dead dodgy to her. Instead of being bitchy some elegant digits to point her in the right direction would be helpful. The wisdom and suggestions of Lady Colin Cambell crossed with Jilly Cooper could direct her into British society which is so complicated. Sadly Barbara Cartland has gone but not forgotten and The old Queen Mary would have helped her into shape. The pearls of wisdom from Joan Collin's mouth for The Duchess are a necessity. England is a liberal country we welcome a diverse country full of eccentricity. The Duchess should read "How to get on in society" by John Betjeman or read Nicky Haslam's books.
A lot of things The Duchess got right, I loved her wedding, the American Bishop Michael Curry and the gospel choir, the dresses. I have always been a fan of Harry how could I not be, he is so charming and cheerful? What has his wife done wrong, nothing of any importance? The idea of her lemon wedding cake, instead of fruit, of course, would have raised eyebrows in Royal Circles, and her Instagram photo of two bananas spooning was not royal material, but this adds spice. Then all those marriages, well at least she knows her way around the bedroom. True she is not conventionally Royal, but Harry is the second son and why should he not be happy? Of course, she will have the odd argument she is a tough Hollywood girl. She speaks well in public, she is an activist and dresses well, promoting the Fashion Industry which is huge. 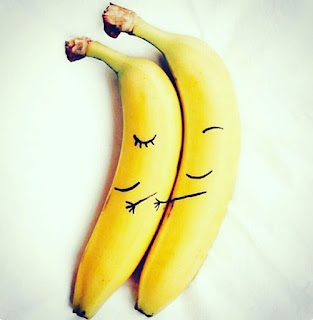 Her actions towards her Father and Sister, Samantha Markle, whatever the problems could be considered déclassé on all sides. She could have brought her Father over with her Sister and dressed them up for the wedding, be charming and kind. She could have put him up at the local pub and he would be perfectly at home. This left Megan open to criticism, it made her look like she had come from a beautifully presented well-staged trailer park. Her Mother must be congratulated on her elegance and poise. Megan's many assets are inherited from her. Her half-sister Samantha was brassy enough to bang on the door and Megan audacious enough not to open it. Clothes and glamour do not hide anything. Her family is just a reflection of the modern world we all live in and is a script from the TV show. 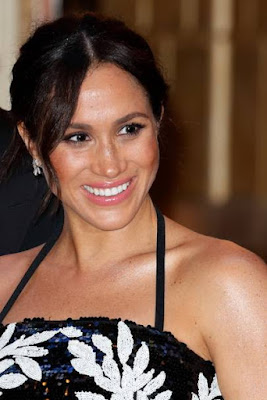 The British public consider they pay for The Royal Family and think The Duchess benefits from the status she has acquired? They wanted to see her son's christening and that it is not some large freebie. I do not mind not knowing who the God Parents are or what is the name of the dog. That is their business.
The costs of Frogmore Cottage were horrendous and were born by the British Public. Are we unfair? What is the big secret that they are trying to hide? The press has a big shovel that is digging all the time and it is similar to their political beliefs, boring. Leave the poor girl alone.
As for Vogue, it looks great and I too would have loved the opportunity to edit it and so would all of you out there.
Piers Morgan is so damn attractive and witty he does not need to slam The Duchess all the time crushing her wings. Let her fly.
It's so LA but I am glad The Duchess is watching her carbon footprint, with two children, she will only need a 4 bedroom house, which will look less like extravagant cutting double standards. As she will never be Queen we should calm down and let enjoy her adventure and help her through her hic-ups. I like her, I want her to do well, as her good side has so much to offer and at least she allows Kate to shine in her duties.
on August 03, 2019 No comments: