FREEDOM OF SPEECH IS THE CORNERSTONE OF EVERY FREE SOCIETY.

What is going on in the World is Orwellian. We need to be able to be uncomfortable. We need to able to discuss tricky subjects. Democrats are agreeing to the censorship of dissident thought. Freedom of speech is the cornerstone of every Free country.  Once this line has been crossed it is a slippery slope to tyranny.  The tyrants of big Tech have become too big. Hand in hand with the Democrats, they begin their quest to enslave us all in smart cages. We have computers yet everybody is too indolent to check what is correct. They listen to fake news and a diet of CNN and the BBC is leaving people brain dead and unable to debate.  Freedom is more important. Communism/ Woke is terrifying.  Covid19 has created lazy people in flats all over the world who do not check what is happening while playing Nintendo they just listen to News that makes them comfortable.  They may wake up too late to do anything.
Who is going to take on Big Tech? This week a potential billion-dollar company Parler was closed down. There should be an investigation against the monopoly of Amazon, Twitter, Apple, Facebook. What Big Tech did this week is unacceptable when they took down Conservative thinkers. Deciding what we should listen to is not going to work in the supposed Free world of America.  This has to be investigated.  What is the legality of destroying competition? What is the legality of Big Tech destroying other peoples platforms? They say they are a private company.  Google, Amazon, Apple Facebook and Instagram need to work for a diverse audience this makes for an exciting and diverse readership. . Our world connects this way. They are new utilities. Now in a week,  Facebook and Twitter's share price has fallen by 50 billion.
They closed the President of the United State. The truth will play out.  The government does not threaten free speech, Big Tech does. The President is not dangerous but Big Tech and the Media are.  With the First Amendment, we are allowed freedom of speech. 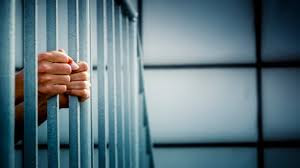 Last Summer we had to watch BLM and Antifa destroy inner cities and we were made to support them by oppressive media propaganda.  America needs its Constitution protecting. In the meantime, people are totally mad about hating Donald Trump. The Democrats have become didactic and unbearable with no humour. The other night watching Biden and Harris talk was incomparable to the excitement of Trump. There was a person like a slave cleaning the stands... They did not win the election they stole it. There is so much misinformation and certainly one vote one person does not apply to the last election. . They think they are superior. When I asked a friend what she thought about the mess she said she hated Trump so much she did not care what the other 75 million people wanted in America. Even the Germans are not advising that the  Conservatives be silenced.
Twitter is losing users by the thousands and the same with Facebook. Soon they will be replaced but as yet they do not see it. Television Broadcasting is biased and ao left-wing and unreliable too.
Investors are losing. The Liberals used to champion free speech, now they have become the Cancel Culture, pro riots and aggression.
America is led by old people who should be retired.  80-year-olds who have become vicious. Tyrannical and evil.   The rhetoric is violent and oppressive and is way more so than the current Trump. Whilst trying to hide all the election problems by using the rabble to impeach the Trump they are seditious and should be tried for treason., They were apparently behind all the drama in Washington the other day, and there were two rallies, one about 2 miles away and one outside Congress. They let in the fake protestors and opened the barriers at Congress.  They were not part of the peaceful march following Trump.  Follow the money and power behind that and the cruel witch pops up all over the place.
The truth will win.
on January 11, 2021