ONE MAN ONE VOTE IS ABOUT TO BE OVER. The American Constitution too.

AMERICAN'S, be brave and do something, get off your fat bottoms and wake up. Democracy is being stolen from everybody as you sleep, one vote one person is over. The brilliant Constitution is about to be shattered. You are brainwashed. This is NOT some scam from Russia.

We are living in a murder mystery novel from the Matrix.  We know we are being lied to. We know that masks don't really work but we wear them because otherwise, the "Virtue Signallers" get very pie. We lock ourselves up because we are told to. There is an urban war where Fascism is everywhere. The world we were living in is now broken. It could be over.

The Election in America was deliberately corrupt says the ex-Mayor of New York Rudi Giuliani, he works on the trial for President Donald Trump.  With the help of Big Tech, Media and Press, and this could happen to us. This is not to be taken lightly and it is treason.   It is a National Emergency.

My Democrat friends are looking smug that they have broken the "Constitution" and they are going to have an illegitimate leader, Joe Biden who cannot string two words together and has an appetite for other nefarious activities, promises he is going to "Build Back Better" a saying from the World Economic Forum.   For the election, ballots were filled in with the date of births from 1900 and were obviously of dead people. The Dominion servers can do anything, it can take votes from one candidate and give them to another. It can be weighted. In Venezuela, it turned the country into Communism.  Some people dumped millions of ballots at 4am in the morning.  The theft was blatant with loads of evidence. All of these treasonable events have been denied. There are so many frauds with proof and evidence that unless you are strong and wake up your freedom of one man one vote is over. You may not like Donald Trump, he is not for everybody but Democracy must prevail from a great country like America.  One thing is for sure journalism is over for not covering this,  they are paid for by the billionaires.

Despite all of this the press still gaslights The Potus. Fox announced Joe Biden as President-Elect which he is not. After all this drama they should have another election the old fashioned way. CNN's head Jeff Zucker was taped decrying Trump. MSNBC, BBC, CNN, FOX, CBS, The Washington Post, New York Times, Los Angeles Times, Facebook, Twitter, Billionaires are all biased and do not tell the truth or report what is really going on. Everything that they do not print is FAKE NEWS. Twitter and Facebook censor Potus's tweets and anybody supporting him.

Finally, if you want a comfortable and reasonably safe future keep to your laws and support the Constitution of America. Keep your Federacy going. To let this election slip through the law will bring about a future which will be dangerous as it is disingenuous. Do you want to keep empty airports, lose millions of jobs? Think about the future.  As it stands now the election in America is proven not to be correct or honest. I hope justice prevails. A new election is needed. 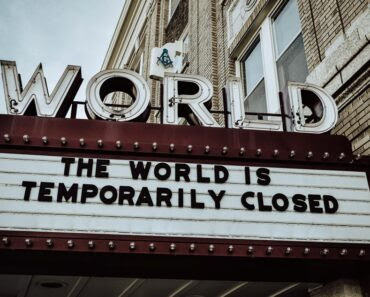