CONTROL THROUGH RELIGION AND SCIENCE. 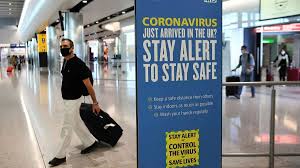 In my opinion the most important thing to understand is the evolution of the establishment.

In the Middle Ages the Kings and Queens controlled  the minds of the people through the imposition of the religious dogmas. Now that religion is out of fashion, they use science instead. But the funny thing is, they have transformed science into a collection of dogmas, in order to label you a “heretic” if you don’t “believe” the sacred verb of science (whatever they mean with “science”). So they have turned “science” into the new religion and simply substituted a set of dogmas with another. The paradigms are the same: a new religion (“science”), a new set of dogmas, the new high priests (“virologists”), the new prophets (Bill Gates), a new church (the media) and the heretics, all those who dare questioning and ask questions.